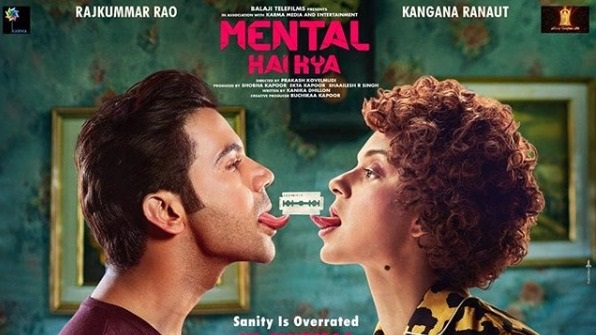 Yesterday, rumours were doing the rounds stating that Kangana Ranaut has been interfering with the shooting of Mental Hai Kya. The rumours further stated that she has been unhappy with some of the scenes, which had to be re-shot, thus causing the delay in the release of the movie.

However, the director of Mental Hai Kya, Prakash Kovelamudi, puts an end to these speculations about Kangana Ranaut.
He said:

“On my set, Kangana was an actor; a professional one, and a creative asset. Both Kangana and Rajkummar are powerhouse performers, whom I enjoyed directing. I am happy to see how their characters have turned out. Mental Hai Kya is an intriguing thriller with doses of quirk. The film challenges the norms, and I am thrilled to bring to the audience something original.”

Further denying the reports about some portions of the film being re-shot, the director said:

“We finished the first leg in Mumbai, the second in London, and the last one in Mumbai again. The final schedule was wrapped last month. That’s all! All other conjecture is baseless.”