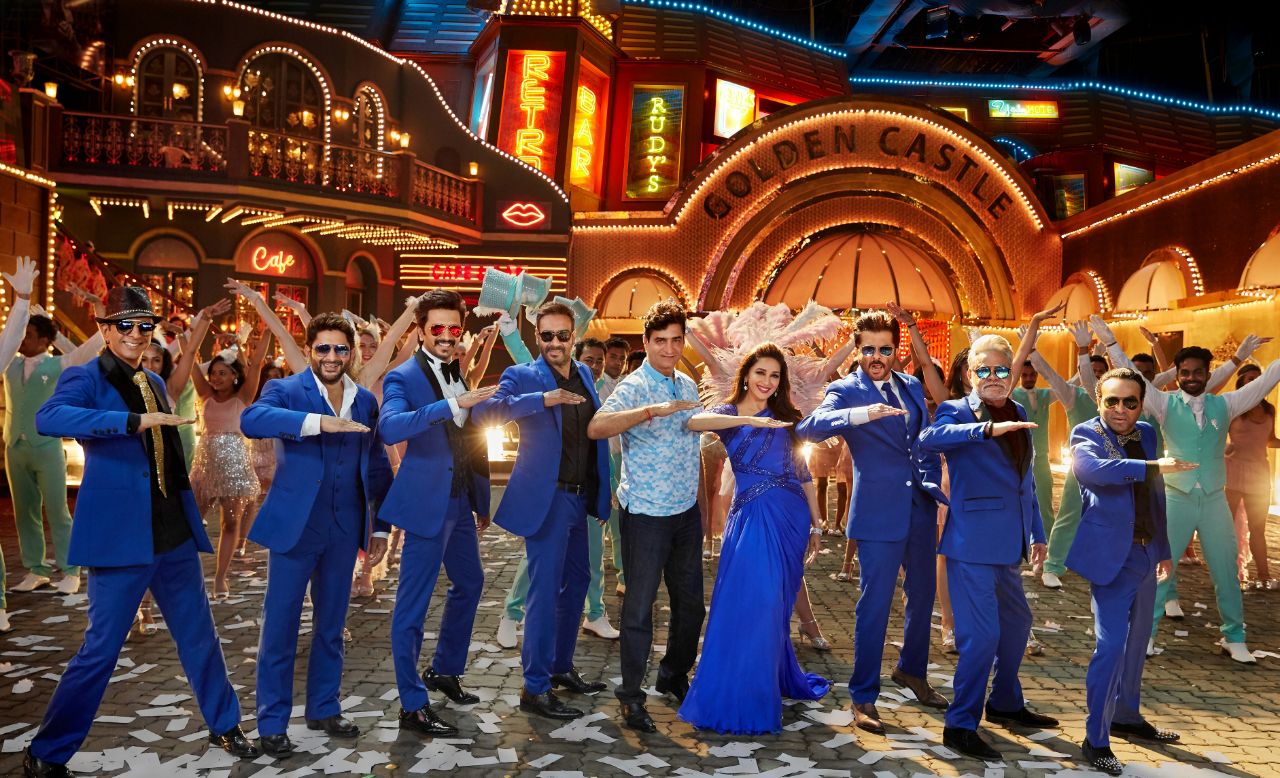 Madhuri Dixit cited Paisa Yeh Paisa as one of her all-time favourites.

“I’m really happy that Indra Kumar has decided to revisit this classic number. It’s a song that I’ve grooved to for so many years. Even after so long, it retains its energy,” she said.

The actress, who is known for her dancing talent as much as for her acting, was modest when asked if she was the best dancer on the set. She replied,

“I can’t say I’m the best, because we have Jaaved and Arshad, who are trained dancers and a lot better than me. But yes, you can say that I am the best woman dancer in the film.”

Indra Kumar called Total Dhamaal his biggest film yet, both in terms of cast and budget. Explaining the reason behind recreating the 80s’ track, he said,

“Subhashji and his wonderful composers Laxmikant-Pyarelalji created this song many years ago and it’s still relevant. Even now, people are chasing money. So, this song fits the theme of our film perfectly.”

Happy to have the hit Jodi of Anil-Madhuri in his film, he added,

“They’re an iconic pair and they still create an electric atmosphere on screen together.”

“We’ve used action-based situations to create humour. We also have four more songs to shoot, which we’ll do in the days to come.”