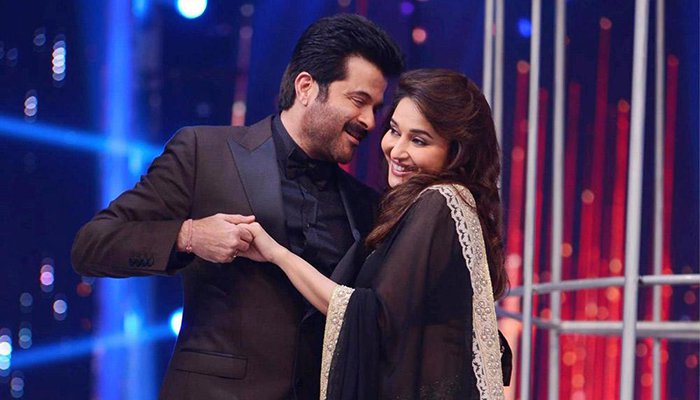 It looks like Anil Kapoor has his hands full. After signing Fanney Khan with Aishwarya Rai Bachchan, the actor will soon be seen sharing screen space with the dhak dhak girl, Madhuri Dixit.

Known as one of the popular jodis of 90’s, the two have collaborated again after 17 long years and we can’t wait to watch them recreate magic onscreen again.

Director Indra Kumar has confirmed this news to Mumbai Mirror. He said:

“Yes, Anil Kapoor and Madhuri Dixit have been paired in Total Dhamaal which goes on the floors in January in Mumbai.”

But this time it is gonna be a bit different than the rest of the movies in which they have worked together because Total Dhamaal is a complete comedy film.

“This film is essentially a comedy so don’t expect any ‘dhak dhak’ but I promise total dhamaal. Anil and Madhuri have always been a great pair to work with and getting them together again is a dream.”

Apart from Anil and Madhuri, Total Dhamaal also has Ajay Devgn in the franchise.

“Of course, the final decision on the release date will be taken by the studio we tie up with but it would be great to have a dhamaal Diwali next year.”

Well, it will be exciting to see Madhuri, Anil and Ajay create a Dhamaal together.

More Latest News
The House Next Door Quick Movie Review: Enter The House At Your Own Risk
Release Date Of 2.0 Starring Akshay Kumar And Rajinikanth Postponed
To Top