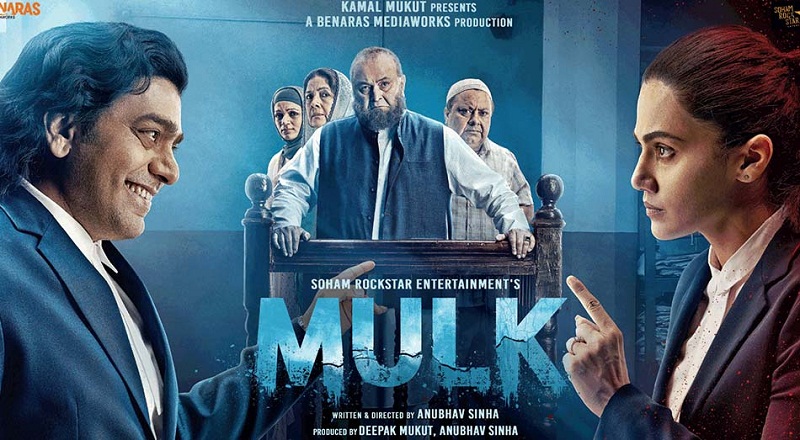 Mulk is about a Muslim family Murad Ali Mohammed (Rishi Kapoor) and his family and their happy and peaceful life together until one of their family members, Shahid Mohammed (Prateik) turns out to be a terrorist.
The acting is the first. There are some notable performances. Rishi Kapoor carries the film on his shoulders; as Vakil Sahab, he looks entirely different, aged, worried, rarely smiling, angry, proud; in one memorable scene, Ashutosh Rana bites into his role with the relish of a Benarasi paan — as a beaming bigot, he spits spite at the Muslim family. In his cameo, Kumud Mishra shines as the saturnine judge, swaying between his prejudices — ‘Bol rahe hain, toh sun lijiye,’ he tells Vakil Sahab protesting Santosh’s insults — and his integral beliefs. Taapsee Pannu just doesn’t push it in key courtroom sequences.

The first half appears stagey, often theatrical. Cinematography fails to make us believe that the place where the drama unfolds is Benaras ki Galliyan.
There are drawbacks with Mulk therefore,

We give Mulk 3 buzzing bees.