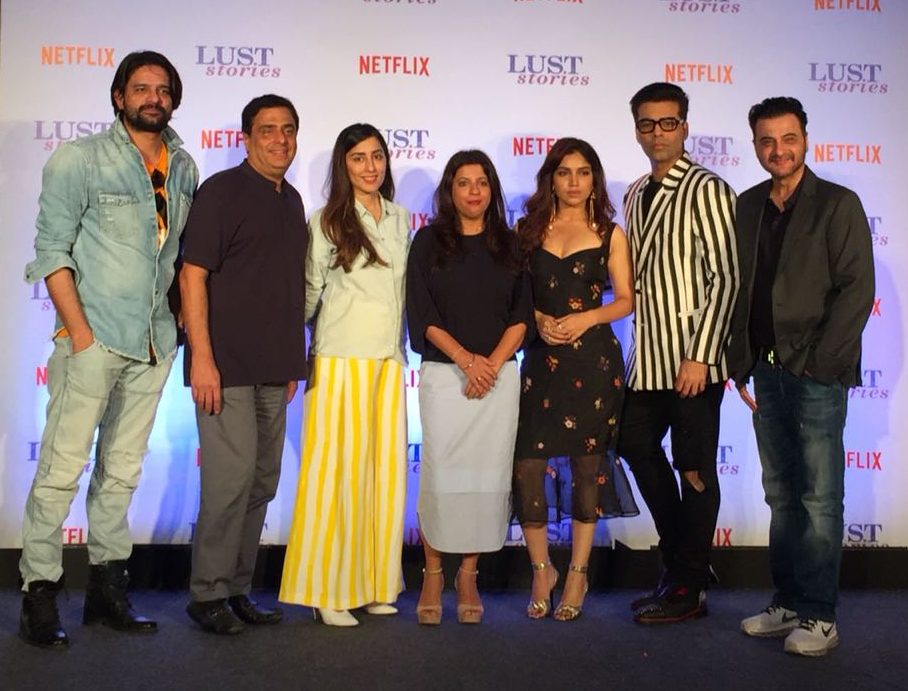 At the launch when asked about his film Karan Johar said,

“My film is about seeking pleasure and that, it is just not a man’s right to seek pleasure but a woman’s also.”

Present at the launch were the producers Ronnie Screwvala and Ashi Dua, directors Zoya Akhtar, Karan Johar and Dibakar Banerjee. Anurag Kashyap was missing as he is currently in LA.

Check out the pics:

More Latest News
Disha Patani To Join The Team Of Salman Khan’s BHARAT
In Pictures: The Cast Of Race 3 On The Sets Of Dance Deewane
To Top