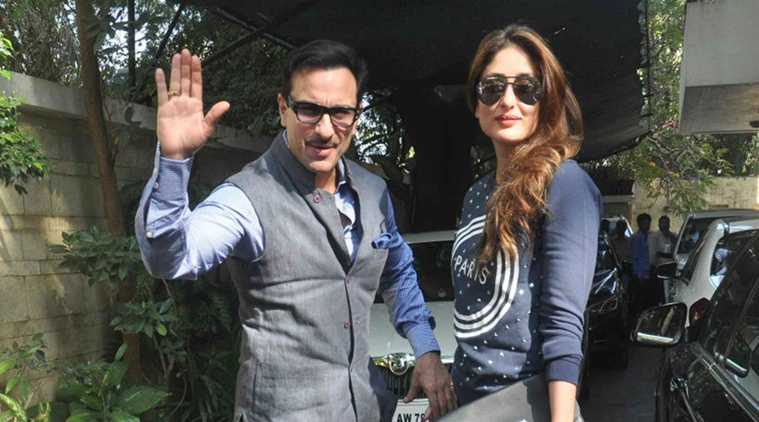 The off-screen Jodi — Saif Ali Khan and Kareena Kapoor Khan — have shared the screen space a couple of times and their chemistry was sizzling. According to reports, the couple might soon share screen space in Jawaani Jaaneman.

According to the reports, Kareena will be seen doing a cameo in the film. A source told a Bollywood portal:

“Kareena has a prominent cameo in the narrative. She will most likely play Saif’s ex-girlfriend/ex-wife.”

The last time the duo appeared together on screen was when Kareena played a cameo in Saif’s Happy Ending (2014). The last film they starrer opposite each other was the 2012 action thriller Agent Vinod.

Kareena who is currently vacationing in London with sister Karisma Kapoor and their kids is likely to shoot the cameo while in the capital.

The actress will also shoot for Irrfan Khan starrer Angrezi Medium while in the British city.

My daughter Alaia with Saif Ali Khan at the world cup match in London. Perfect start to their shoot together for her Debut film #jawaanijaaneman . He plays her dad.. and this was shot on fathers day. Best of luck for beautiful new beginnings. ❤❤❤ pic.twitter.com/6oez34wRXQ

In the film, Saif will play Alaia‘s father. The plot of Jawaani Jaaneman revolves around a 40-year old man who refuses to grow up and has a rather carefree perspective towards living life. His life takes a drastic turn when this unmarried man finds out that he has a teenage daughter.

The film is helmed by Nitin Kakkar and produced by Jackky Bhagnani in association with Saif Ali Khan and Jay Shewakramani. The film is set to release on November 29, 2019.

How excited are you to see them reunite on-screen after 4 years? Tell us in the comments below.