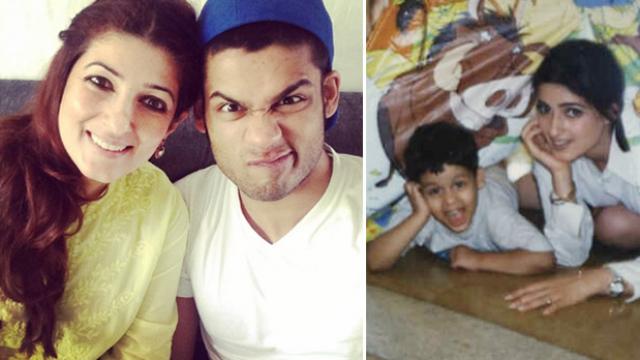 After Dimple Kapadia, Twinkle Khanna and Akshay Kumar, the youngest kid in the family Karan Kapadia is all set to make his Bollywood debut with Tony D’Souza’s production next year.

Talking about his aspirations, Karan said:

“They didn’t see it coming because I have always been an introvert. But, once I told them, they were extremely supportive. They both warned me that it won’t be an easy journey ahead. At the time, I was this chubby kid who thought I only had to lose weight and bagging films thereafter won’t be too tough.”

“I have gone for auditions, I have been rejected and been told already by a few people that they don’t see any spark in me. Most of them also said that I do have potential. It’s good that I have been exposed to rejection early in my career.”

“Yes, we will make a film with Karan, but it is too early to say anything. I intend to produce films, but that will happen only after I have wrapped up my directorial Captain Nawab.”

More Latest News
In Pictures: Celebs At The Red Carpet Of Zee Rishtey Awards
AIB: The Bollywood Diva Song Fits Apt To The Current Status Of Bollywood Industry
To Top