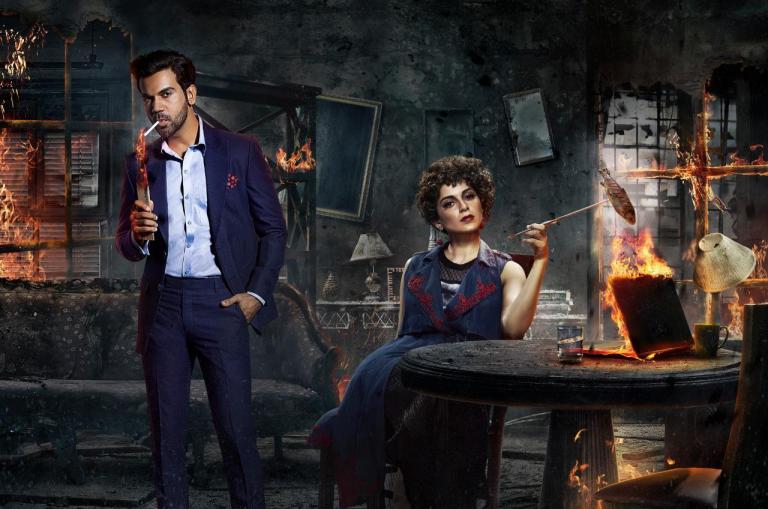 Kangana Ranaut and Rajkummar Rao are all set to play nosy, annoying neighbours to each other in their next Mental Hai Kya.

Both Kangana and Rajkummar play neighbours who pry on each other. Kangana plays the ‘suspicious’ one who is always trying to intrude in her neighbour, Rajkummar’s life making a mess. Their cynical approach towards each other results in the game of one-upmanship.

“Kangana and Rajkummar are quarrelling neighbours, pitted against each other in the film. Kangana’s character is suspicious of the world around her and she is constantly inquisitive about her neighbour’s life. Her probing nature provokes Rajkummar that results in them sharing squabbling chemistry in the film. Their bickering banter unfolds in an interesting way on the big screen and I am excited to showcase them in this light.”

Mental Hai Kya is an intriguing thriller with doses of quirk which will encourage everyone to embrace and celebrate their individuality and distinctiveness. Produced by Shobha Kapoor, Ekta Kapoor & Shaailesh R Singh, Directed by Prakash Kovelamudi, Mental Hai Kya is all set to hit screens on July 26, 2019.