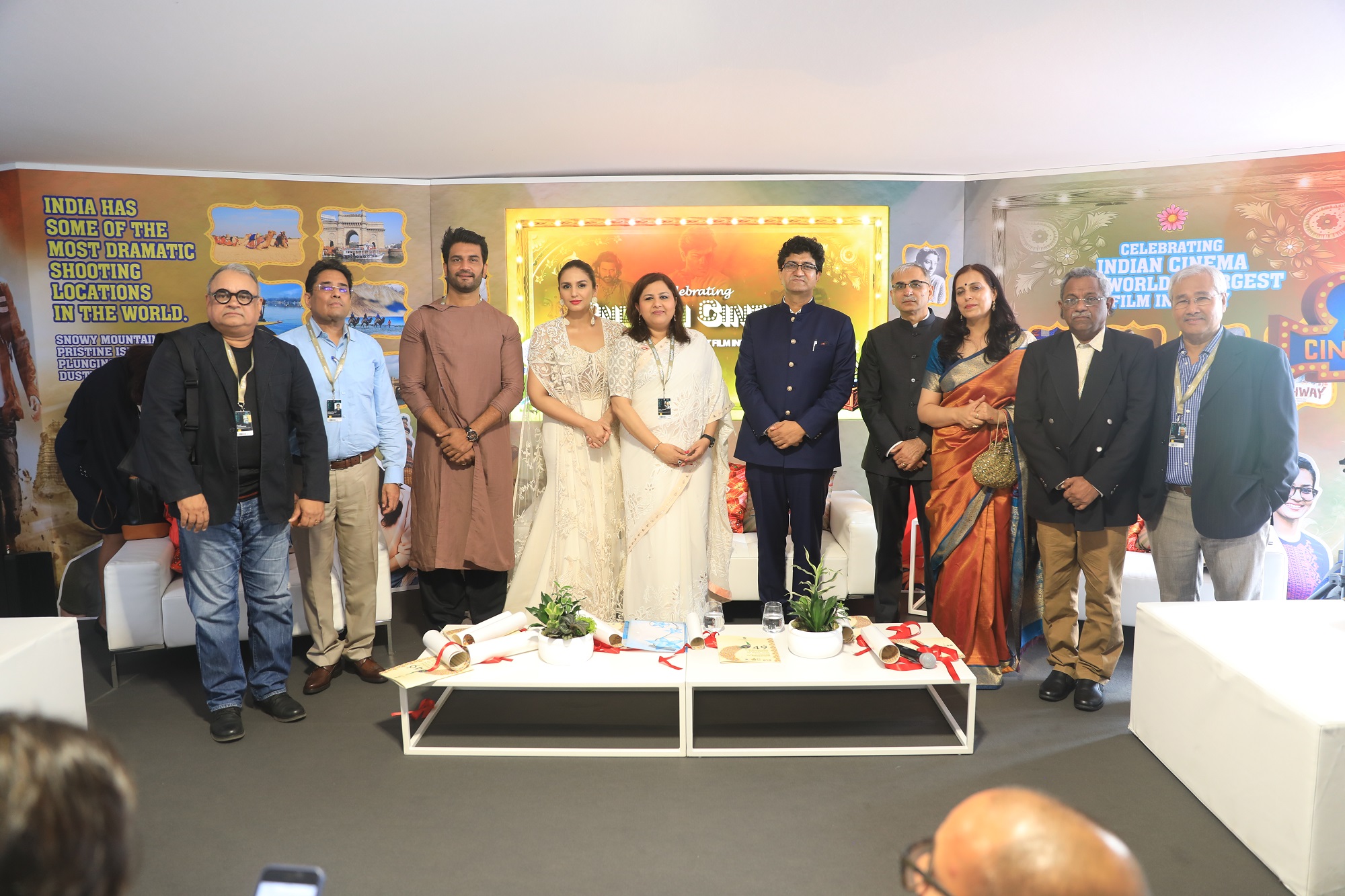 With a strong delegation from the country, the agenda this year is to showcase diversity in films of our country while furthering collaborations with various other countries.

Speaking about the growth of the nation is being well reflected through our cinema H.E Vinay Mohan Kwatra said

“What is happening in our country currently is the unprecedented transformation in technology and the economy. These growing externalities are also reflected in our Cinema of the country.”

“The Indian Pavilion is a very important tool to help to connect the worldwide European and worldwide community of films.”

“It is a fantastic relationship, we have had, both with the Cannes film festival and the French film industry. In recent times films like Tamasha and Befikre were shot extensively in this part of the world and found great resonance with the narrative storytelling between the two countries.”

“One of the major reasons why the members of steering committee from the international film festival of India, Goa are here, is to ensure deeper collaborations between Goa as a film festival with filmmakers across the world.”

“I am happy that the National Awards this year and the ministry have taken special efforts in showcasing the regional cinema at such platform. We should also reach out to young filmmakers who might not have access to a festival like this. Let’s create many mini Cannes film festivals all around the world to help more and more filmmakers.”

Filmmaker Jahnu Barua shared his thoughts saying India has great content in terms of cinema and so far only a little has been exposed to the world.

“There is so much more to explore.” He said.

Filmmaker Shaji Karun spoke about how the Cannes Film Festival helped him with his very first film saying,

“Cannes discovered the filmmaker in me. It gave me an opportunity to get my film recognized here in France and in other countries.”

“The government with all its initiatives and support for young filmmakers have created competitive opportunity.” Added filmmaker Bharat Bala.

“Today, with such platforms, filmmakers are getting share their films with the world”

concluded Actress Huma Qureshi whose first film Gangs of Wasseypur was screened at Cannes in the Directors Fortnight section in 2012.