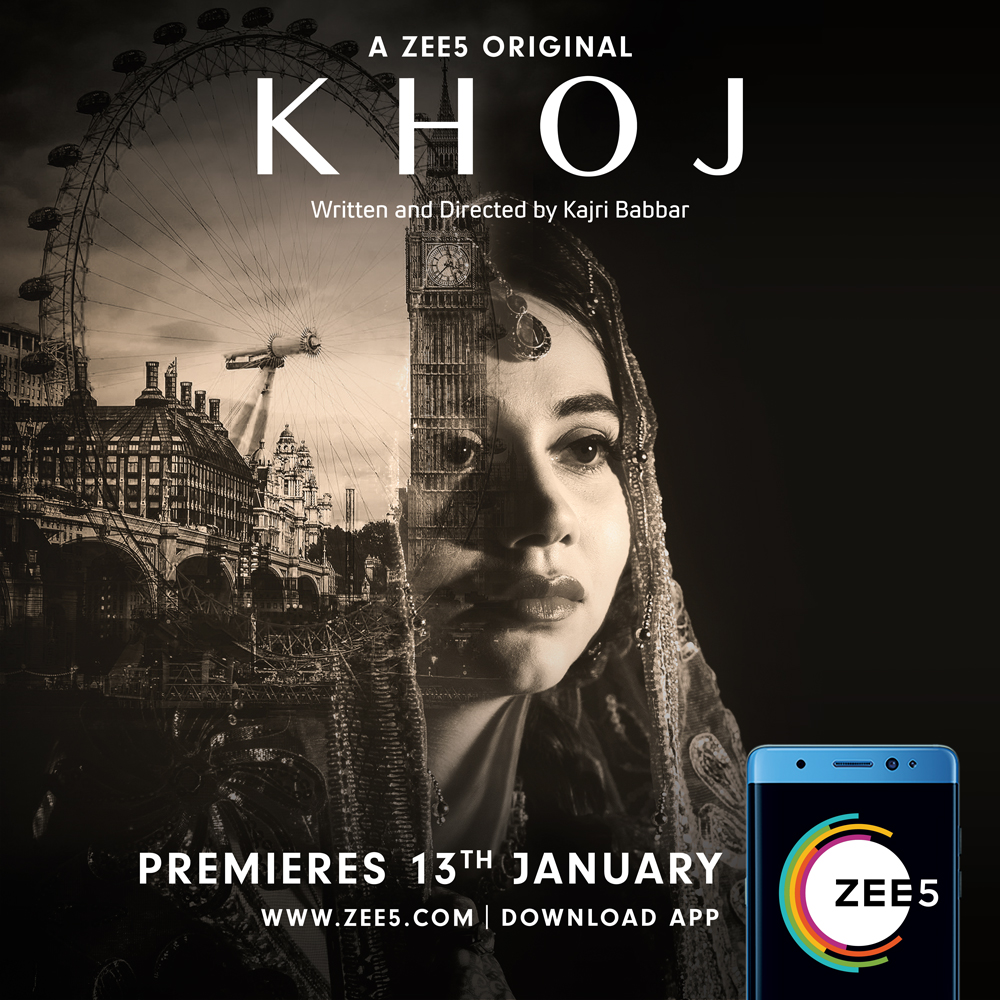 ZEE5 has always been at the forefront of presenting a range of unique content across languages. This content is relatable, understated, bold, progressive, introspective, layered and open to interpretation. Khoj, ZEE5’s next offering, is one such short film by director Kajri Babbar.

Starring Zara Khan, Khoj is the journey of a young teenage Punjabi bride, from being abandoned and betrayed to the pursuit of redemption. It premiered on Lohri, (13th January). The dual language film – Punjabi & English – has been shot in Punjab & UK.

“Such hard-hitting practices still do exist in the interiors of North India. After researching extensively on it, I was shocked on learning that the issue of wife-abandonment is deep-rooted and widespread, in fact they have incredibly increased after Brexit and the decline in the British economy. Most of these girls are teenagers and their entire life is gambled with. Khoj is my initiative to throw light on such unacceptable and unspoken issues and I am glad ZEE5 joined hands with us to showcase our effort to the world.”

Zara Khan, who essays the role of Gurpreet said,

“Khoj is a film that has a strong message which I believed in not just as an actor, but as a human being. It is my deepest request that when parents and people of all ages see Khoj, they understand how serious the situation is. I feel honored to play the role of Gurri because deep down she was strong, and most importantly working with Kajri was amazing. As young women, we took up the cause and for someone like Kajri to understand the subject and use it in a cinematic way to spread awareness is commendable. Premiering the film on ZEE5 will ensure it reaches audiences far and wide and we couldn’t have hoped for a better platform than the digital medium for Khoj.”

“We have the power of cinema and as new age women we want to use it for showing whatever we can in the most honest way possible. I hope I can use my craft to give a voice to such unfortunate happenings and do my small bit to bring about change.”

“Khoj is a brave attempt on an important, on-going issue. At ZEE5, we have always presented content which is meaningful, something that our discerning audience will appreciate. The short film has been beautifully directed by the talented Kajri Babbar and adds another interesting subject to our repertoire of movies on the platform.”

“At ZEE5, we consistently aim to provide a range of content for the audience, something that creates an impact and stays with them. Khoj is in line with this and as a young director, Kajri Babbar has been able to skillfully address an important existing issue. The viewers will appreciate the gripping narrative and more importantly the larger message that the film addresses.”

Khoj premiered at the Cannes Film Festival 2018 and was also a semi-finalist at The Student Academy Awards 2018.