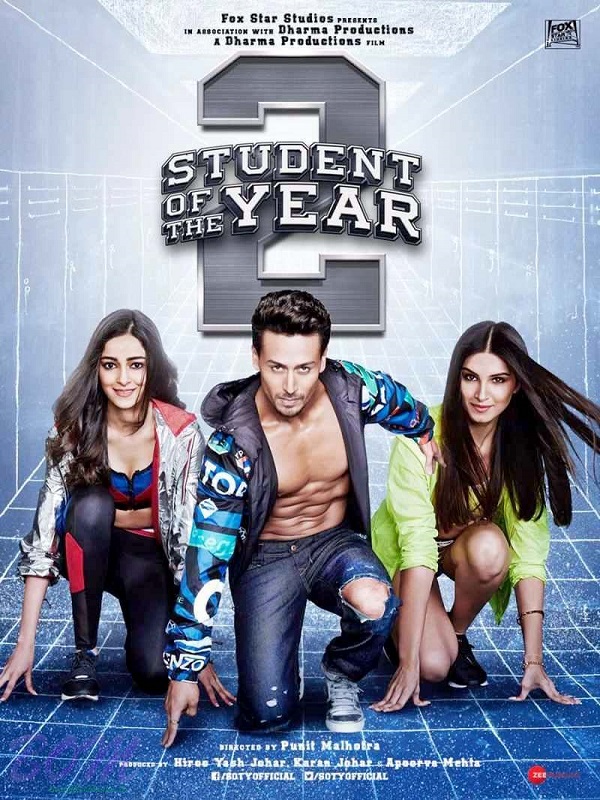 Student Of The Year 2

The actors of Student Of The Year 2, Tiger Shroff, Ananya Panday & Tara Sutaria, were present today at an event to promote the film.

At the event, Tiger was asked about the most challenging bit about the film. He replied,

“I had to kiss two girls. So that was challenging. For me, kissing two girls in one film was daring.”

The actor also spoke about the various memes that are being made on the film’s content – especially the unrealistic depiction of colleges.

“People are talking about our trailer in all kinds of ways. It proves that we’ve definitely created some sort of an impact on social media. I agree with all the people on social media (about our college being unrealistic). The college in our film is a bit different. I wish I was in such a college. There would be no studies at all. But at the same time, it’s also nice because it shows sports. It shouldn’t be just about studies. You should have fun and enjoy your youth and have a balanced life in college.”