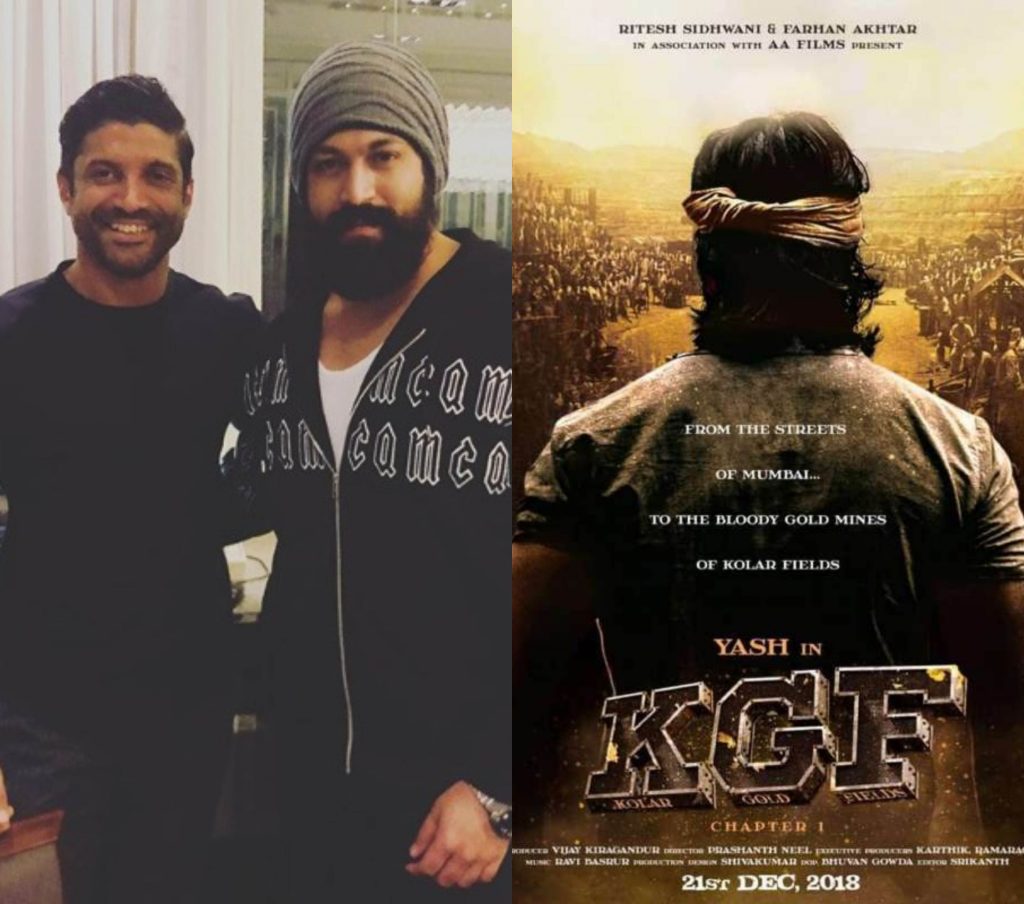 Farhan Akhtar Teams Up With Yash For KGF Chapter 2

Now it is confirmed that Excel Entertainment are collaborating with the South superstar for K.G.F: Chapter 2.

Farhan took to Instagram and announced the same by posing a picture with Yash. Have a look at it here:

Celebrating the love you all have shown KGF with the rocking @thenameisyash .. here’s looking forward to Chapter 2. #filmhasnoboundaries

K.G.F: Chapter 2 is said to be the continuation of the first part and will take off from where it had left. K.G.F: Chapter 1 featured Srinidhi Shetty, Ramya Krishnan, Nassar in pivotal roles and was directed by Prashanth Neel. It released on December 21 last year and proved to be a blockbuster hit.

We can’t wait to see Yash again as Rocky in the K.G.F: Chapter 2.