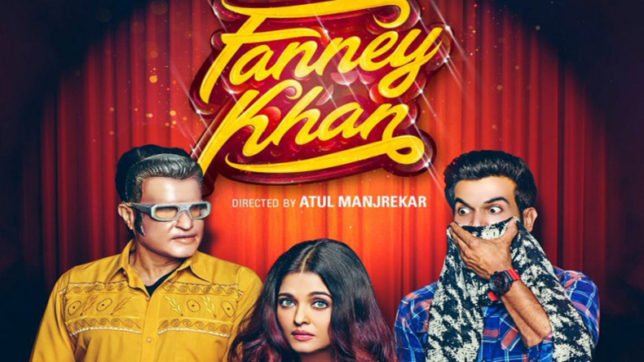 Fanney Khan is a proper middle class family drama movie where the father’s dreams are dedicated to his daughter and is willing to go any lengths to fulfill them. Played by Anil Kapoor, Fanney Khan remained a gully orchestra lead singer but aspired to be much bigger than that.

The same dream is carried by his daughter to be a sensational world famous singer as her role model, “Baby Singh”, essayed by the diva herself, Aishwarya Rai Bachhan. Aish kills it in being a pop singer who looks beautiful, sings beautiful and performs like Beyonce!

But burdened by her weight, Lata, finds it difficult to fulfill her dreams where the society won’t accept a thicker waist line and an extra chin. But her father isn’t the one to give up, he, as shown kidnaps Baby Singh but how that happens in turn of events is pretty hilarious.

About how Rajkumar Rao is roped into this mess but it turns out “He is a big fan”, things end really good for him. Rajkumar and Aishwarya’s chemistry is spot on and really adorable to see. We totally love them together and wish to see them more.

Overall, it is brilliantly made film, kudos to the director Atul Manjrekar, on making a proper family watch film, just what the audiences needed.

We give it 4 buzzing bees with loads of love.

A story of Father-daughter about dreaming big and achieving them no matter what!