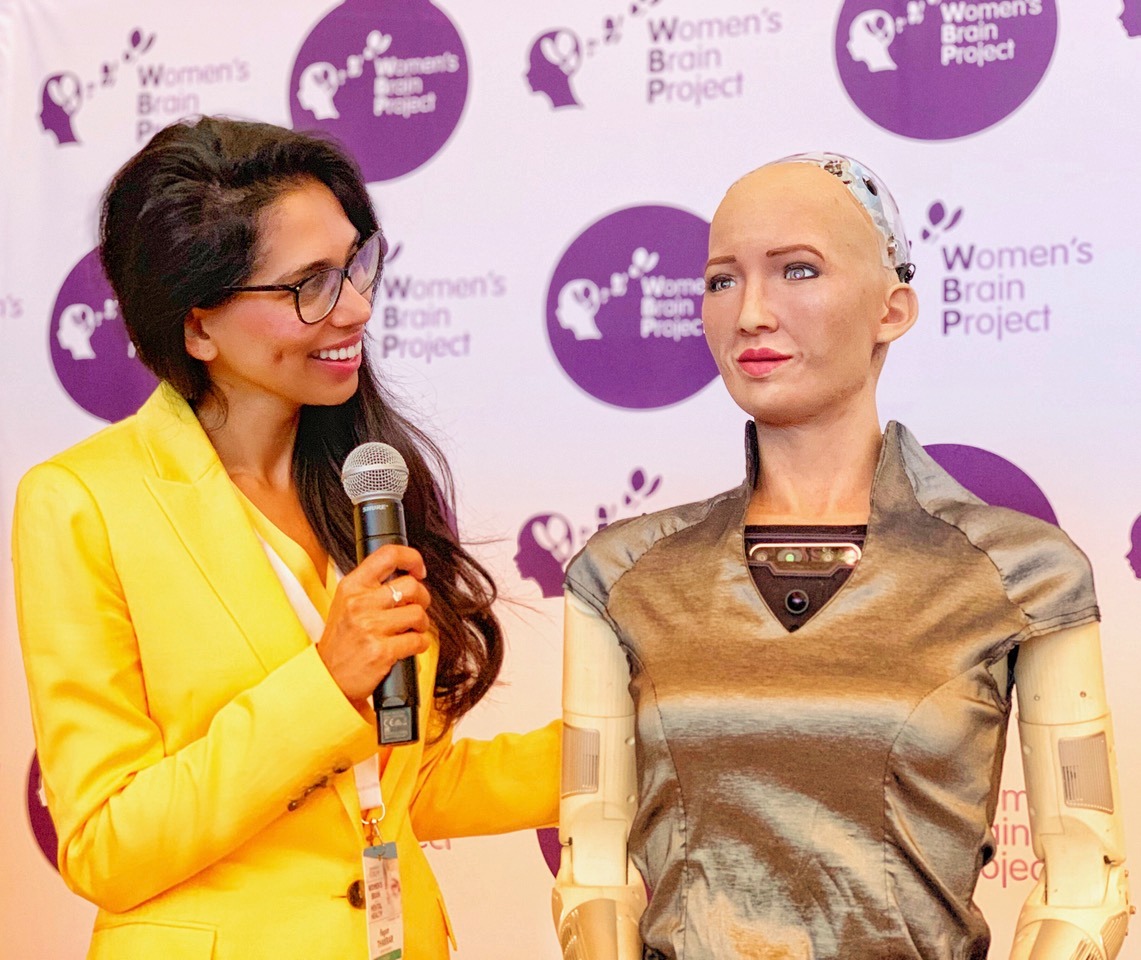 International Star Fagun Thakrar puts a global spotlight on artificial intelligence and brain health with the help of Sophia, the most advanced humanoid robot ever developed. She co-hosted the International Forum of the Women’s Brain Project in Zurich, Switzerland. During the event, Fagun presented a key-note speech and was active as Master of Ceremonies. She fulfilled her duties including that of helping in raising awareness around cutting-edge scientific advances in brain health.

Incredibly, one of the speakers at the forum was the first realistic humanoid female robot, Sophia. Fagun interviewed Sophia to gain an advanced perspective on brain health. During the interview, such diverse topics as artificial intelligence, machine learning, and the overall progress of robotics were brought to the forefront, presented from Sophia’s personal robot perspective. As the interviewer, Fagun humanized Sophia, helping her explore her own creativity and passions, in addition to facilitating her scientific presentation.

Fagun Thakrar is honored to be part of the International Forum of the Women’s Brain Project.  Its goals closely align with her personal philanthropic initiatives as embodied by the Fagun Foundation.  Fagun herself studied medicine at the University College London, where she developed an interest in neuroscience. As an artist, actor, and film-maker, Fagun’s has pursued projects with broader social impact, including tackling challenging issues around brain health.

More Latest News
Dhvani Bhanushali’s Leja Re Hit Yet Another High
Garfield: The Lazy Cat We All Love
To Top