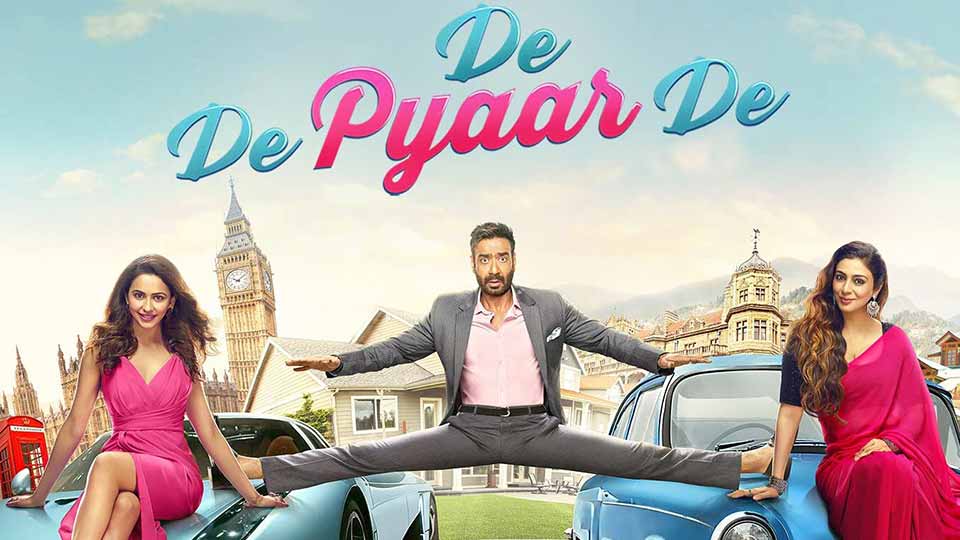 Instead of May 17, Ajay Devgn starrer De De Pyar De will now release on May 16.
This is what one of the film’s major distributors said,

“Student Of The Year 2 is expected to fall steeply from Monday. I think the decision to prepone De De Pyar De has been taken in the light of SOTY2’s underwhelming performance at the box office.”

Although Luv Ranjan who is the film’s co-producer and co-writer denied that De De Pyar De’s preponement is in any way connected with the underperformance of SOTY2.
Luv Ranjan says,

“We’ve decided to have paid previews on Thursday night at multiplexes across India and then we go for a formal release on Friday. Paid previews used to be quite a trend in the past. We just want audiences to have access to our film on the evening before the formal release.”

“De De Pyar De has all the elements of a family film. It looks naughty because it seems to be all about a middle-aged man in love with a girl young enough to be wife. But that’s not all there is to it. Believe me, we haven’t even given away 30 percent of the plot in the trailer. What you see in the trailer is the banter and laughter. But there is an underlying seriousness to the theme.”