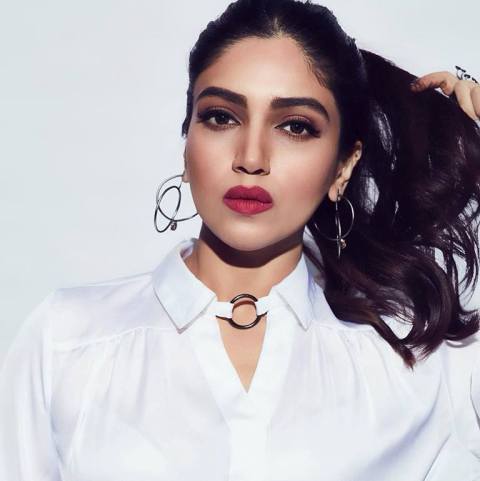 Bhumi Pednekar is no doubt an amazing actress. The actress gained close to 12 kg for her debut role in Dum Laga Ke Haisha (2015). Since then, the assistant casting director-turned-actress has featured in three projects – Toilet: Ek Prem Katha, Shubh Mangal Saavdhan and Sonchiriya.

Every character she played on the silver screen were strong and had a lot of character and content. The actress is now all set to feature in 6 projects in the coming year. Talking about playing different characters Bhumi says:

“As an artist, I’m constantly looking for good scripts. I’m constantly hungry for great content and thankfully, I have been fortunate enough to get the trust of some of the best film-makers in our country. My next films are also scripts that are extremely diverse and are brilliant scripts that I truly love. Each one of them are projects that will present me in extremely different avatars and that’s what excites me to do cinema. I get to be such diverse characters, learn about them, live their lives and become them.”

“Audiences are only consuming good cinema and it is a great time to be an actress. From my first film, I have done characters that are strong and have a major impact on the story of a film. I wouldn’t have chosen to do these films if they were any different. I’m really excited about my next set of films because they have given me super exciting and memorable characters too portray. I’m in a great phase of my career and I want to keep doing my best with every single film that I do.”

Her upcoming 6 projects include Bala, Dolly Kitty Aur Wo Chamakte Sitare, Saand Ki Aankh, Pati Patni Aur Who, Takht and Bhoot – Part One: The Haunted Ship. Every one of these roles are different and showcase Bhumi’s versatility.

Bala is a social satire on pre-mature balding while Dolly Kitty Aur Wo Chamakte Sitare is a drama about dreams and aspirations of women. Saand Ki Aankh is a biopic where she plays one of the world’s oldest sharpshooter from India.

More Latest News
Shahid Kapoor Says No To Featuring In The Remake Of Dear Comrade?
Karan Johar’s Takht To Go On Floors Next Year
To Top