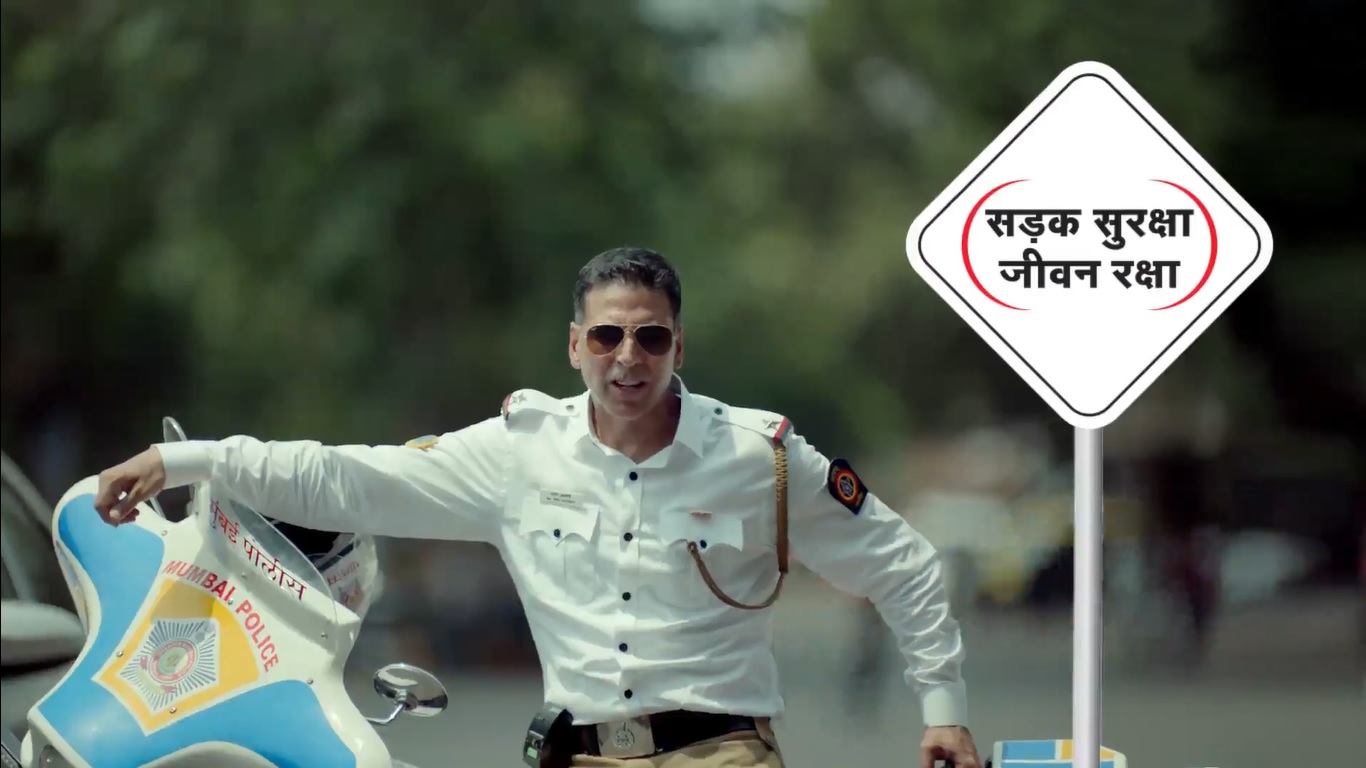 Right from brainstorming for the idea, to getting approvals by the Ministry to the creation of the advertisement with Akshay Kumar, the team left no stone unturned to get it out there. This couldn’t have been made possible without the outstanding support of Mr. Nitin Gadkari -Minister of Road Transport and Highways of India, who looked into the entire idea and conceptualization. Sayali Kulkarni and her team along with Guru Bharat Dabholkar, Divya Radhakrishnan, and Kiran Vernekar contributed substantially and managed to bring this unique concept for a government advertisement to life.

“A year back, we were approached by the Ministry to design a road safety campaign that will connect more to the youth MORE than anybody else. They even asked us to sketch the language of the campaign in today’s youth lingo that could go on for long enough to sustain in the minds of people.”

The team collaborated with Helios Media Production, filmmaker R Balki – who directed the ad, and his co-productions crew to crack the concept. Adding further, Kulkarni said,

“Collectively, we shortlisted Akshay Kumar to star in the ad because of his style and charisma. When we met Akshay, he was all in for the campaign even without any monetary gains. While he wanted the ad to be something completely different from other government ads, he also made sure that it is also equally impactful. He asked us to meet Director, R Balki and together with his crew, we managed to come up with the concept that immediately got approved by the Ministry.”

If you haven’t seen the ad yet, watch it here:

Kudos to Sayali Kulkarni and team who came up with an ad campaign that sends out such a message!