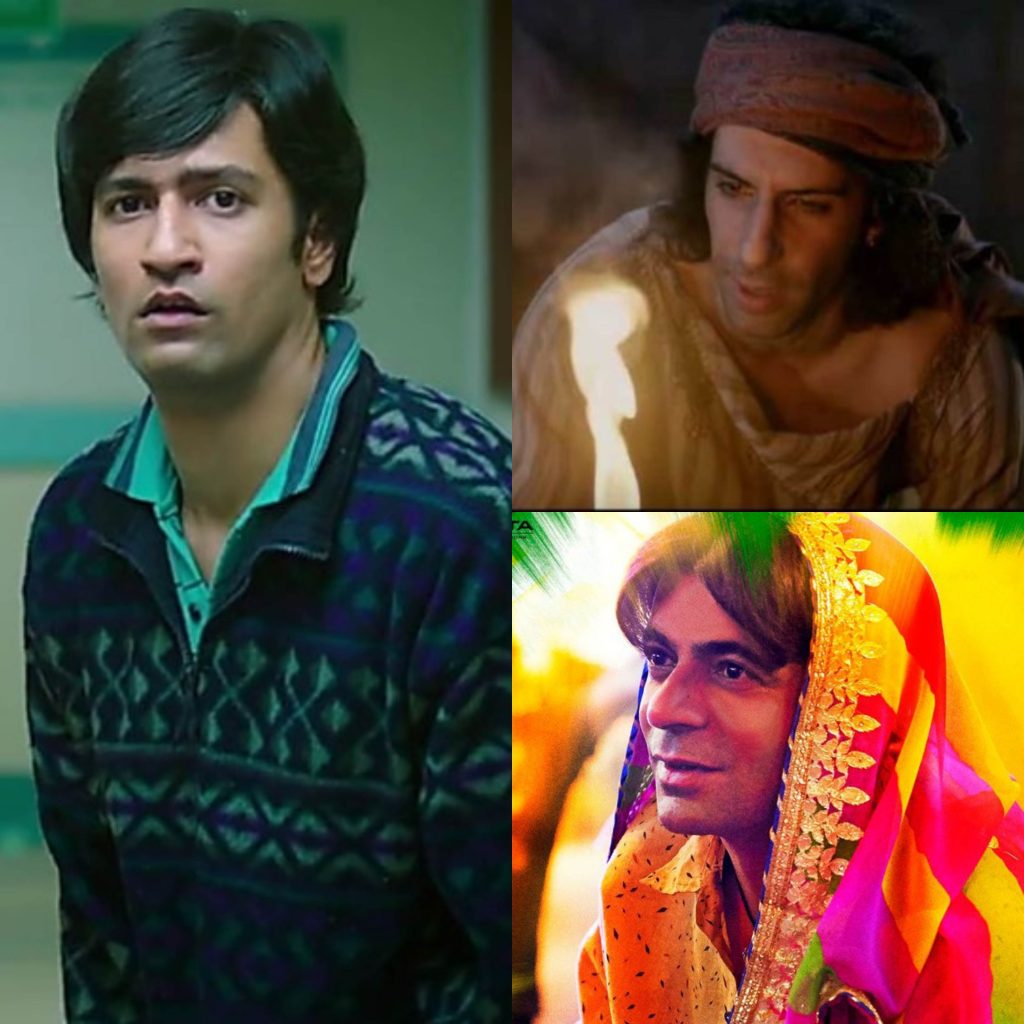 As much as a film is incomplete if the main leads are bad, the same applies for the supporting cast. In the recent past, lead actors who have played the second lead are at par or sometimes even excel the lead.

Some amazing examples of these are Annu Kapoor in Vicky Donor, Nawazuddin Siddiqui in Bajrangi Bhaijaan, Rajkummar Rao in Bareilly Ki Barfi and more.

On the recent episode of Koffee With Karan, Abhishek Bachchan spoke about playing the second lead in Manmarziyaan. Taking cue of how good he was in the role, we bring you 10 actors who aced the supporting role in 2018.

Check out which actors won our hearts playing the second fiddle in 2018:

Jim plays a eunuch slave-general to Alauddin Khilji in this epic period drama. He won our hearts with his sly comments, fabulous acting and amazing dialogue delivery. He was so awesome that he even overshadowed Shahid Kapoor, Deepika Padukone and may be even Ranveer Singh.

Remember the dialogue ‘Ghee Che Toh Gapa Gup’ from Sanju? Well, this was said by Kamlesh ‘Kamli’ Kanhaiyalal Kapasi aka Vicky Kaushal. Even though the movie was based on the life of Sanjay Dutt – essayed by Ranbir Kapoor –we feel more in love with Kamli.

As Adhir, Fanney Khan’s friends, Rajkummar Rao is a must watch in the film. The innocence with which he takes care of the kidnapped Baby Singh is sure to make you go ‘Aww’.

Irrfan played Shaukat, a no person who had no filter to between his mind and mouth. He speaks what he wants even if it’s not politically correct.

The 3 actors – Pankaj Tripathi, Aparshakti Khurrana, and Abhishek Banerjee – were one of the main reasons the movie was a success. From their comic timing to their innocence – we loved it all.

Abhishek played Robbie a mature NRI who comes to India to get married. He may not have been Taapsee’s first choice cause girls always friendzone the good guy – well here a husband was kinda friendzoned.

Though the film is centered on sisters Badki (Radhika Madan) and Chhutki (Sanya Malhotra), you cannot take your eyes off Dipper Naradmuni aka Sunil Grover. His acting as the chuglikhor is what drives the sisters in making decisions.

Manav Vij as the not so good inspector in this drama is what gives more character to the main leads. Don’t you agree?

As the bestie of the lead he does play an important role in the love life of the male lead. The chemistry he shares with Shah Rukh Khan is refreshing.

Ashutosh and Siddhartha played a head constable and sub inspector respectively in this drama that released in the last week of 2018. Rana’s dedication and honesty to his job later becomes one of the reasons behind Simmba’s transformation. Jadhav’s support for his superior during their fun and then the serious times is noteworthy.

Which supporting actor’s performance did you like best? Tell us in the Comments below.

More Latest News
The Stage Is Set For The Voice
Bharat Teaser: The Journey Of A Man And Nation
To Top