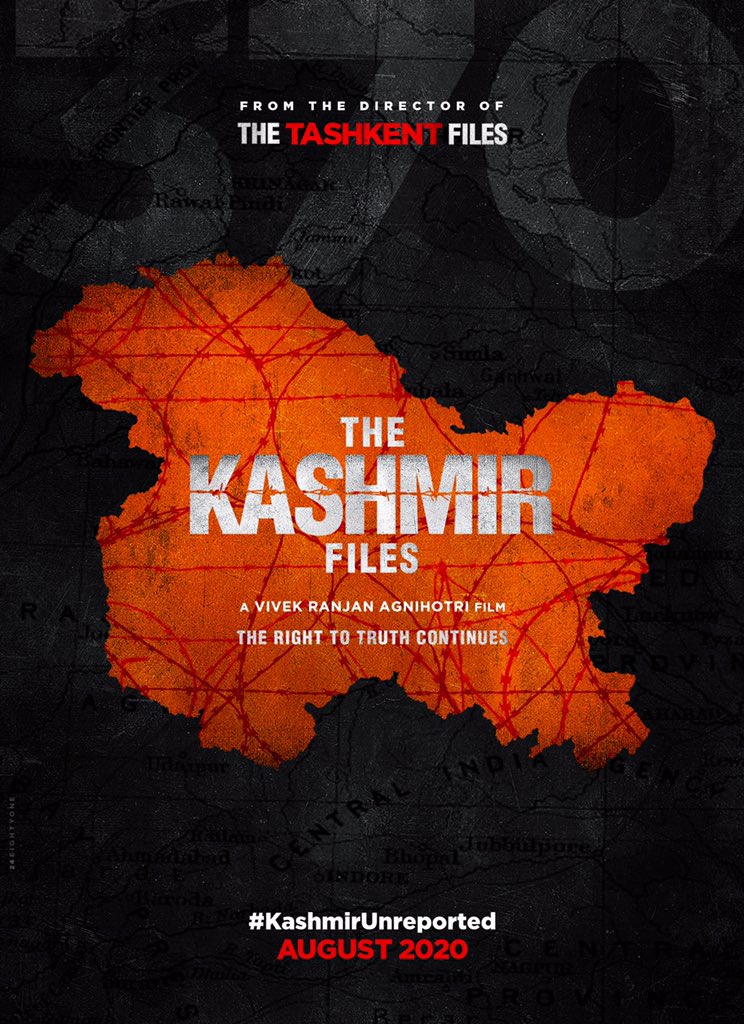 Vivek Agnihotri who gave us the critically as well as commercially successful film, The Tashkent Files is all set for his next. The project is titled The Kashmir Files and will release next year.

“Presenting #TheKashmirFiles. Next year, same time, on our 73rd Independence anniversary, we will bring you the unreported story of the most tragic and gut-wrenching genocide of Kashmiri Hindus. Please bless our team as it’s not an easy story to tell. #KashmirUnreported.”

Next year, same time, on our 73rd Independence anniversary, we will bring you the unreported story of the most tragic and gut-wrenching genocide of Kashmiri Hindus.

Please bless our team as it’s not an easy story to tell. #KashmirUnreported pic.twitter.com/5pbgJ2OLZv

Earlier, Vivek Agnihotri had said,
“Since a very long time, I have been wanting to make a film on the Kashmir issue and after the success of The Tashkent files, I have got the confidence that I am matured enough to handle a sensitive subject like this. Kashmiri Pandits Exodus from 1991 is the biggest human tragedy, the biggest Ethnic cleansing, mass exodus of a community with violence. Kashmiri Pandits are homeless in their own country. This is the 7th exodus of Kashmiri pundits from Kashmir – their home.”

He continued,
“Since the WW2 there hasn’t been such a violent and barbaric ethnic cleansing anywhere in the world. This is India’s holocaust where at midnight the minorities (Hindus) were asked to leave the valley and they were specifically asked to leave behind all their property and women. Children were killed with AK47, women were raped, men were cut with a wood cutting saw. Houses were burnt. India’s most secular region was converted into an Islamic Region controlled with Sharia law. My film is about the sinister politics behind it. Everyone is responsible for such a tragedy. My film is about that.”

We can’t wait for Vivek Agnihotri’s next.
The Kashmir Files has been announced at the time when Article 370 is revoked.

More Latest News
Kirti Kulhari: I’d prefer calling myself a character instead of a lead
Shamshera Cast Heads To Ladakh
To Top