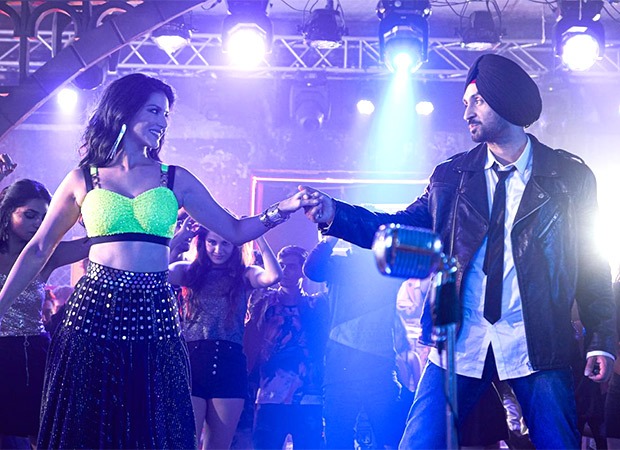 Arjun Patiala’s starring Diljit Dosanjh, Kriti Sanon and Varun Sharma is all set to release this month. The film’s trailer and first song, Main Deewana Tera, have received immense love from the audience. The film is now all set to treat the fans with another song.

The second song from Arjun Patiala is titled Habibi VS Decent Munda and features Diljit opposite the super sexy Sunny Leone. This track is a party number that is sure to get your feet tapping.

The dance number has been choreographed by Vijan Ganguly. It has been written by Guru Randhawa and composed by Sachin–Jigar. The Arabic vocals of the song have been performed by Benny Dayal.

Arjun Patiala will see Diljit playing a hilarious policeman, Kriti as a reporter and Varun ib the role of a dramatic and hilarious hawaldar. The film will hit screens on 26th July 2019. Produced by Dinesh Vijan, Bhushan Kumar, Sandeep Leyzell and Kishan Kumar, it is directed by Rohit Jugraj.