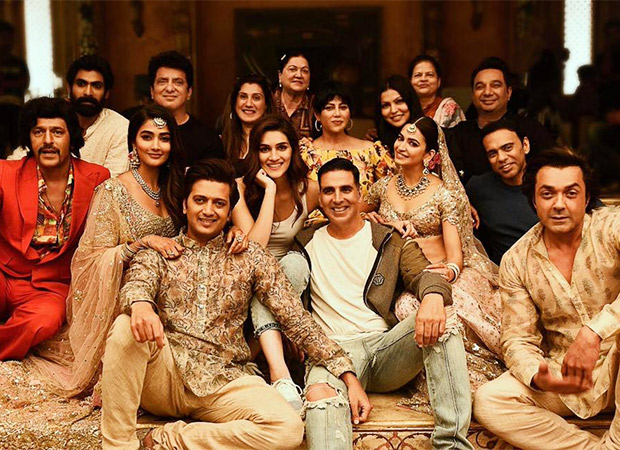 The first to visit them was cricketer Shikhar Dhawan. The cast had a blast with the Indian cricketer as Akki is a huge cricket fan. The other to visit the set was Akshay’s Mission Mangal co-star, Vidya Balan. The Dirty Picture actress was in the vicinity as she was shooting some sequences for the film.

The third special guest to visit them was none other than Salman Khan. Salman was in Film City to shoot an episode for The Kapil Sharma Show. The episode is a promotional one for Khan’s upcoming film Bharat. According to reports, Salman came over to chill with Sajid Nadiadwala who is his friend and also the producer of Housefull 4.