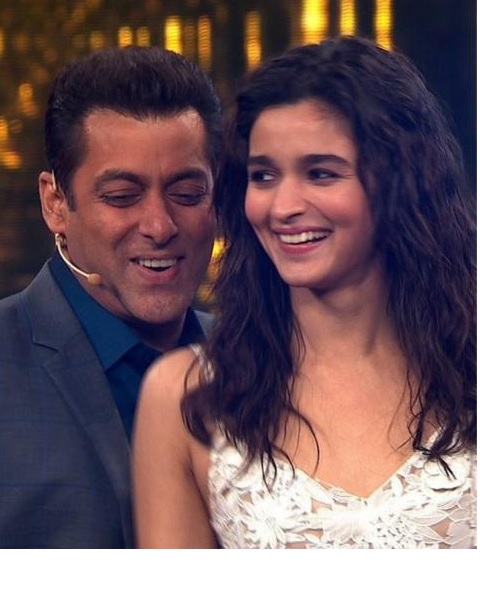 Salman Khan: Alia Herself Is Responsible For Her Own Success

Salman Khan, who is currently busy promoting his upcoming film Bharat opposite Katrina Kaif, will also be seen in Prabhudeva’s Dabangg 3, the superstar also has Sanjay Leela Bhansali’s Inshallah opposite Alia Bhatt.

Salman when asked about reuniting with Sanjay Leela Bhansali after a long time, said:

“Whenever he and I meet, there is this connect it’s just not an actor-director relationship. Just because he was working with other actors, it didn’t have to hamper or spoil our equation. I work with other directors too, so should he. Now, we will be collaborating on this very sweet love story.”

When Salman was asked about Alia Bhatt, he said:

“See how she’s turned it around, from a student to now, it’s beautiful! And no one can take credit for her growth except Alia herself! Jo bhi bole humne usse banaya hai is not to be believed. It’s Alia who has honed her talent.”

“A godown of talent will be meeting with a bundle of talent….actually there’s no talent here.”

More Latest News
Shekhar Kapur: There Can Never Be Another Mr. India Movie Without Sridevi
Sonam Kapoor and Dulquer Salmaan Starrer The Zoya Factor Will Release On This Date
To Top