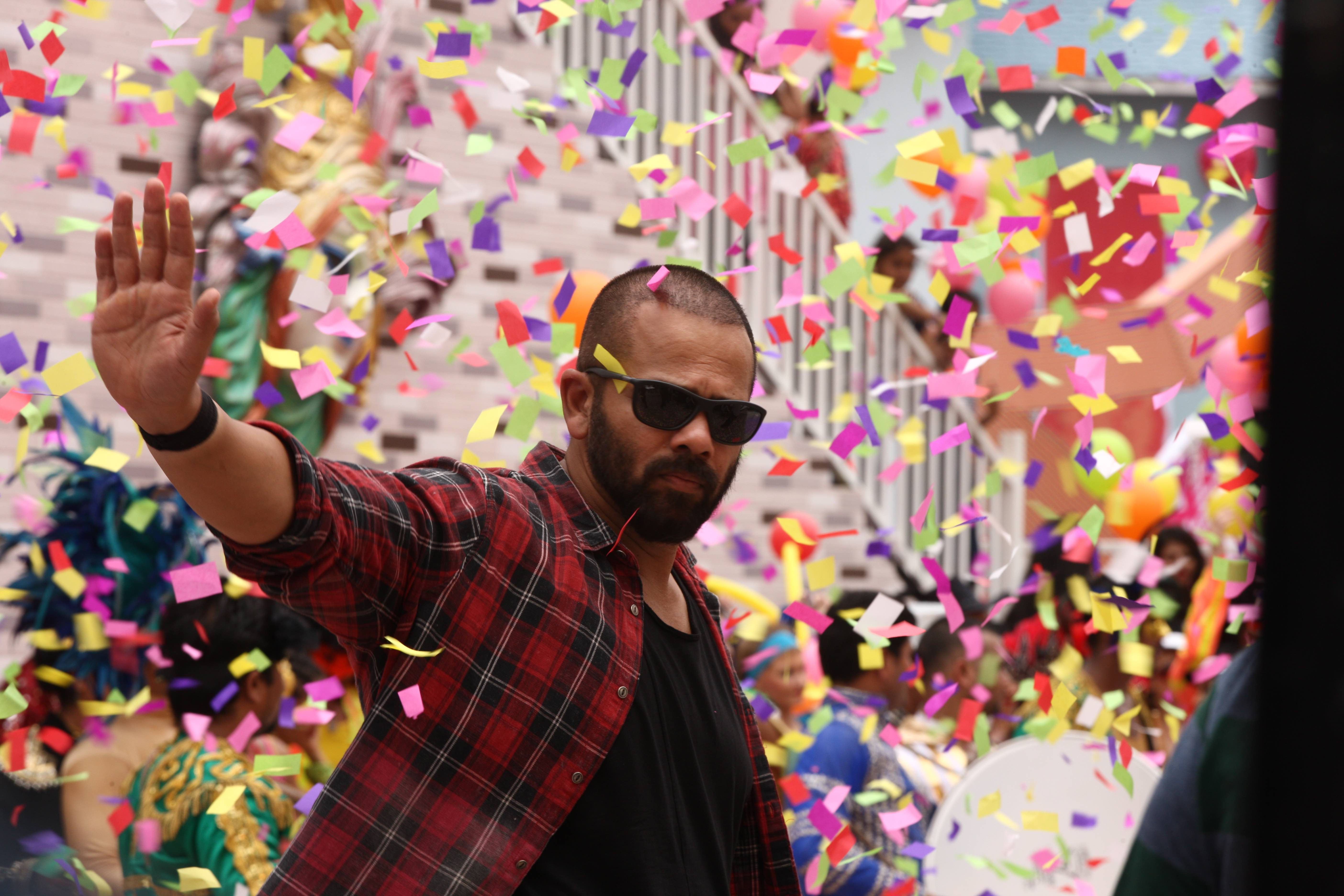 Rohit Shetty is at an all-time high as Golmaal Again is becoming Bollywood’s highest 2017 grosser.
Rohit explains that the success of the film not only belongs to him, but to the fraternity as a whole.

“The business of the film reflects the number of people who have seen the film and loved it. A large segment of the audience watching the film is crucial for the product.”

Further explaining how the success belongs to the entire fraternity, Rohit added:

“Business is important not just for the films’ producers, but for the whole industry — the distributor, exhibitor and theatre owners. I think, as an industry, we should come together, compliment and celebrate each other’s success whether it’s a commercial film or an offbeat content-driven movie.”

As a director and producer, Rohit is trying his best to push the envelope and take Bollywood films to the next level.
He said:

“The amount of business Tamil and Telugu films do in just one state, we are not able to achieve that even with a pan-India release. It is high time we stop differentiating films as commercial and content-driven. We should think about how we can take Bollywood to the next level.”

Golmaal Again has made more than 179 crores in India and still more to count!

Read Our Review For Golmaal Again:

Golmaal Again Quick Review: This Fresh Concept Of Horror-Comedy Will Leave You In Splits.