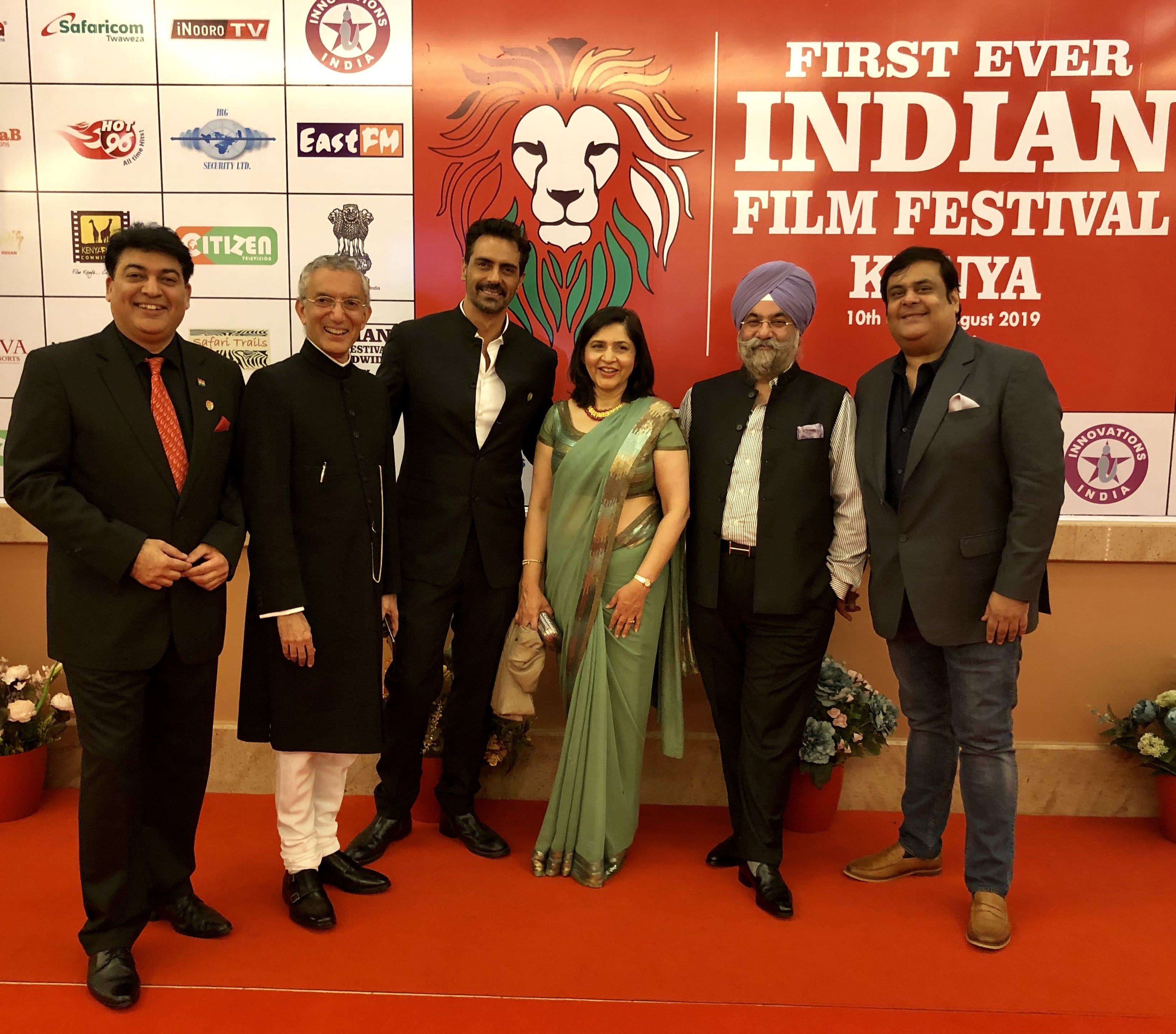 On India’s Independence Day, the first-ever Film Festival Kenya was inaugurated in a grand ceremony in Nairobi. The inauguration was done by the Indian High Commissioner, Rahul Chhabra.

Minister for Information, Communication & Technology, Joe Mucheru pledged to review the decade’s old Films and Stage Plays Act to make it friendlier to movie makers. He said that the government would line up tax holiday and rebates to lure Indian movie makers to invest in Kenya.

Added Raju Chadha, top producer and film presenter who was awarded for his immense contribution to Indian cinema.

“I see a lot of opportunities in Kenya and was elated at the warm reception. I look forward to shooting a film here soon,” Filmmaker Rahul Mittra’s address at the round table got a standing ovation where he spelled out the way forward for the Kenyan Government in order to attract filmmakers from India & rest of the world. The five day Indian Film Festival Kenya 2019 was curated by Captain Rahul Sudesh Bali and organised by The Indian Film Festival Worldwide (IFFW) under the aegis of the High Commission of India in Kenya and supported by Kenya Film Commission & Sarova Hotels & Resorts.

The Bollywood celebrities were also taken to spectacular locations including the breathtaking Masai Mara & Mobassa, Aapart from hosting a round table conference along with top Kenyan filmmakers & government functionaries.

More Latest News
Waheeda Rehman Is Back In Udaipur After 54 years
Jackky Bhagnani: Music is life, that’s why our hearts have beats
To Top