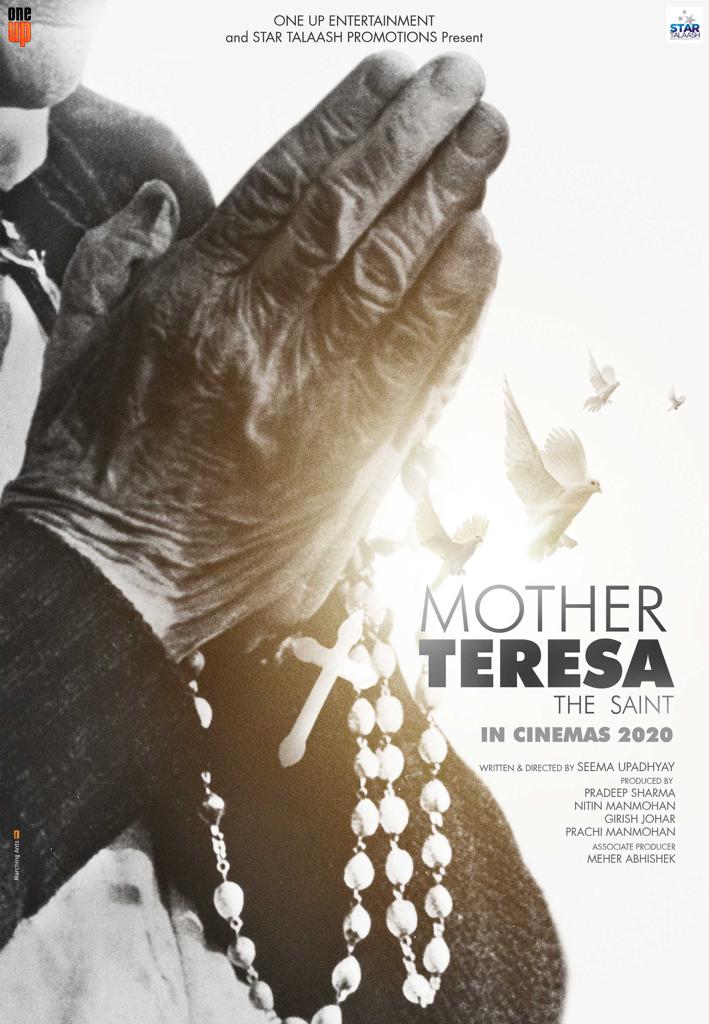 To make a biopic on the life of Mother Teresa, Producers Pradeep Sharma, Nitin Manmohan, Girish Johar & Prachi Manmohan are coming together. Written & Directed by Seema Upadhyay, the film will have a cast and crew comprising of toplined talents from both Bollywood and Hollywood.
The makers also met Sister Prema Mary Pierick – the current Superior General of the Missionaries of Charity and Sister Lynne in Kolkata recently to take their blessings.

“We visited the Charity of Missionaries in Kolkata and the experience was surreal. Mother Prema prayed Hail Mary and seeked divine guidance for the film. They also blessed the whole team for their protection, completion and success of the film with the firm belief that it will bring peace and light to everyone associated with this film.”

“We are extremely delighted & happy to produce the official biopic on Mother Teresa – the GREAT SAINT, who is known to the entire world for her nobility & charity. She is a global icon & we will ensure to leave no stone unturned to meet her international stature and pay our tribute to the noble soul. We hope we will do justice and will be able to spread the message for peace, love and humanity that Mother Teresa stood for.”

While the script has been locked, the technicians and teams are being locked after which the casting for the film would start.