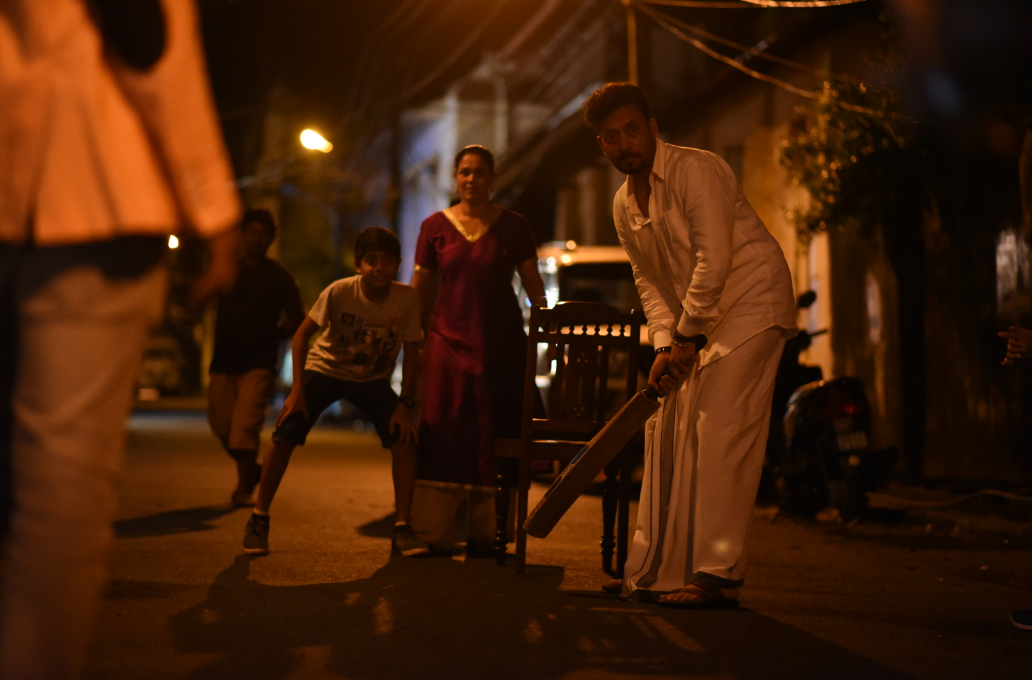 Ronnie Screwvala’s upcoming dramatic comedy, Karwaan is receiving love from all quarters. The movie which stars Irrfan, Dulquer and Mithila is all set to hit the theatres today.

“For a particular sequence, we had Irrfan playing cricket with kids on the street and Dulquer and Mithila enjoying it from the sides. Irrfan was so enthusiastic that he continued playing even after the scene was over and the entire team bonded together over the game.”

The team had a blast shooting that scene and the game of cricket relaxed everyone. Remembering the moment, Mithila said,

“Irrfan Sir was so contained with the game that he actually forgot we are on the sets. It was fun watching him play with the little ones. We had a ball of a time during the shoot of this scene.”

The film has created a lot of spur on the internet with its melodious songs and quirky bits from the sets and we can’t wait to see the film.

More Latest News
Ewan McGregor: It’s Important To Get A Better Balance And Not Work So Much
Aayush Sharma Gifts Loveratri’s Trailer To Arpita Khan Sharma For Her Birthday
To Top