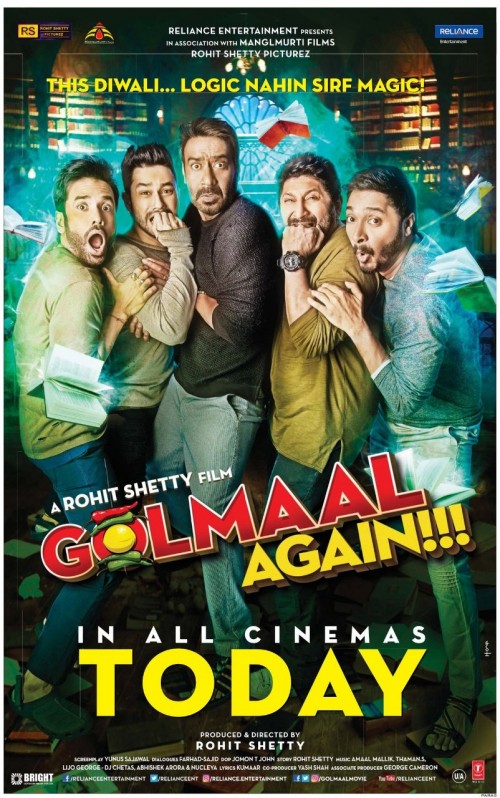 The film has opened to a whopping amount of Rs. 30.14 CR, making it the biggest box office opening of 2017 after Bahubali 2. The excitement around the fourth instalment of the hit comic franchise has given a major boost to the movie. With an extended holiday period and a fantastic buzz around it, Golmaal Again has performed exceptionally well at the box office!

Golmaal Again, the fourth instalment of the Rohit Shetty franchise is produced by Rohit Shetty Picturez in association with Reliance Entertainment and Mangl Murti Films. The film released this Diwali, October 2017.

More Latest News
Golmaal Again Quick Review: This Fresh Concept Of Horror-Comedy Will Leave You In Splits.
ALTBalaji’s BOSE-Dead/Alive Has Been Shot Across The World
To Top