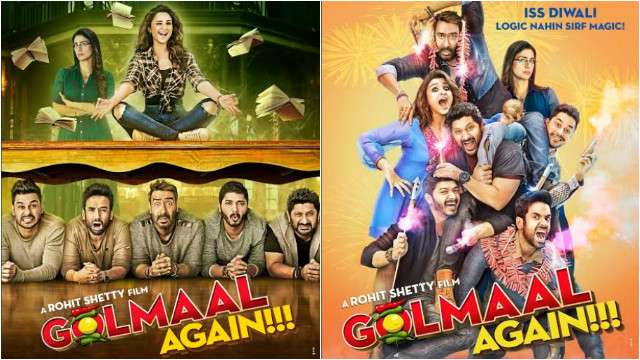 Right since the announcement of its release date to the movie release, Rohit Shetty’s Golmaal Again has been on a record-breaking spree. From breaking the record in pre-release ticket sales to becoming one of the highest grossing films of 2017, Golmaal Again has topped every list.

The movie topped yet another list by becoming the biggest Bollywood movie with the highest TRP/ viewed movie on Television of the year 2017-18.

“All my films, be it Golmaal Series or Singham or Chennai express, have all done extremely well on television. The main reason for this is the large family audience whom we cater to and the immense love which they have given to all my films.”

More Latest News
Ali Fazal Roped In To Play The Lead In Tigmanshu Dhulia’s Milan Talkies
Ajay Devgn: The Film Says That You Should Be Fair On Tax
To Top