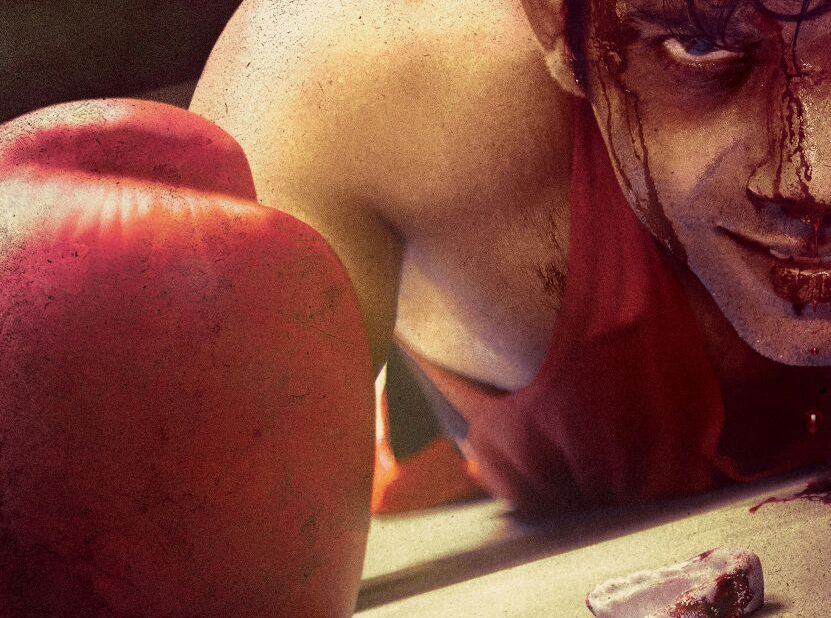 The team of Anurag Kashyap’s Mukkabaaz had released the poster of the film just before the official trailer launch in the afternoon.

Both of which looked amazing and were received by the audiences well.

Take a look at the poster here:

The Trailer was launched at a grand event in Andheri where the whole cast was present.
Ravi Kishan who plays the role of a boxing coach in the movie played host at this launch, and at the very beginning cleared the air about the movie not being a sports film, he said:

“It’s a love story, a unique love story which you were waiting for a long time. It’s a clean love story with boxing in the background.”

At the launch, Anurag was asked by Ravi Kishan about how did he come up with such an amazing cast and why did he choose Vineet Kumar Singh as the lead.

“Vineet was the one who came with this script to me. When I read the script I loved it. But then I told him to become a boxer and then come back with the script. He left immediately, trained and came back after a year to me with the same script. I loved his dedication and hard work and that is what made me choose him for this role.”

Aanand L Rai who is a co-producer on this film along with Eros was also present at the event, when asked about his collaboration with Anurag Kashyap as they’re complete opposites, he said,

“Every Director has a moment in his life when he gets stuck in the making of the movie because of financial issues at such a point in my life Anurag was there with me who gave me that support and that film was Tanu Weds Manu.”

“I always wanted to work with Anurag and watch him call the shots, it was my need to do a film with him and hence, I am here,” he added.

When a journalist asked Anurag whether sports play an important role, to this he said:

“My father was a coach but we as children couldn’t even think about it as a career option. I have shown the reality that happens in sports in the movie.”

Vineet Kumar Singh who plays the lead in the movie narrated how he prepared for this movie. Check Out what he had to say about this unique love story and his preparations: