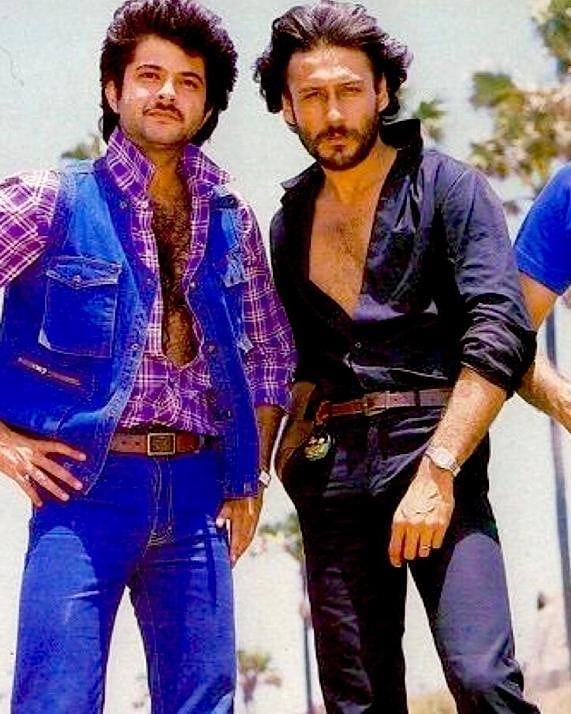 Anil Kapoor and Jackie Shroff, who were last seen together in the 2013 Shootout At Wadala are all set to come together on the silver screen after 6 years in a Subhash Ghai directorial. The actors who played cops in Ram Lakhan are set to play similar roles in this film.
In the 1991 cop drama, Jackie played an honest cop named Ram and Anil essayed that of a corrupt one named Lakhan. In this Subhash Ghai cop-comedy flick, Jackie and Anil will play two 50-year-old police officers.

A source told a leading tabloid,

“It’s a crime-comedy that tells the story of two 50-year-old cops and is slated to go on the floors in Mumbai later this year.”

The source further added that the film, titled Ramchand Kishanchand, is scheduled to role in the next few months.
When the publication contacted Jackie, he said,

“We have been working on various scripts for Anil and Jackie and have liked one.”
Anil has not yet commented on the same. However, the source has said that Subhash ji has already approached both the actors for the project.

On the work front, Jackie Shroff was last seen in Salman Khan starrer Bharat and will feature in Prabhas’ Saaho soon. Anil Kapoor who last appeared in the multi starrer Total Dhamaal will soon be seen in Pagalpanti.