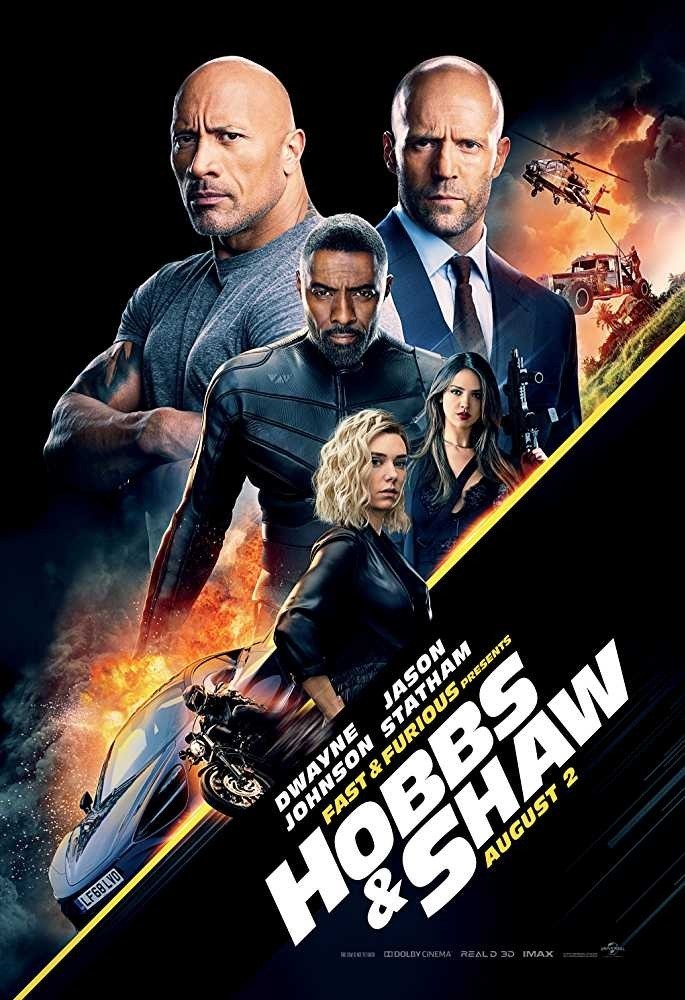 Fast & Furious Presents: Hobbs & Shaw is the coming together of the hulk and stealth guys of the franchise. It features Dwayne Johnson as Luke Hobbs and Jason Statham as Deckard Shaw. In spite of their dislike – borderline hatred, the two are left with no choice but to work together when the world is in danger.

Their enemy this time is Brixton (Idris Elba) – a genetically enhanced cyber who threatens to alter humanity and is after Hattie Shaw (Vanessa Kirby) – Deckard’s sister and now a rogue MI6 agent. The film follows the trio (Shaw sibling and Hobbs) in their attempts to save the world and find themselves as well.

The film has comedy, drama, love and above all a nice story and amazing action sequences. The action scenes are well choreographed and deserves applauds. The climax is pretty far-fetching and may dull the experience. But it’s worth a watch seeing the entire Hobbs family on the field.

Dwayne and Jason give their all to the film and it is visible in the 2-hour long film. Vanessa too is amazing with her kickass as Hattie – both physically and figuratively. Characters like Madam M (Eiza González) and Professor Andreiko (Eddie Marsan) have very little (to no) screen time and seem wasted. Eliana Sua as Luke’s daughter Sam adds an element of freshness and a break from the high octave action and conspiracies. The Hobbs will make you wanna have a family reunion soon.

The mentions of things from other shows will make you chuckle as much as the batter between the leads. The story is good but it could be made a bit crisper especially with what the story is centered on. The love angle gives hopes for a happily ever after but is unnecessary.

All said and done, we just love Dwayne and Jason as Hobbs and Shaw. And equal love to Hattie as well.