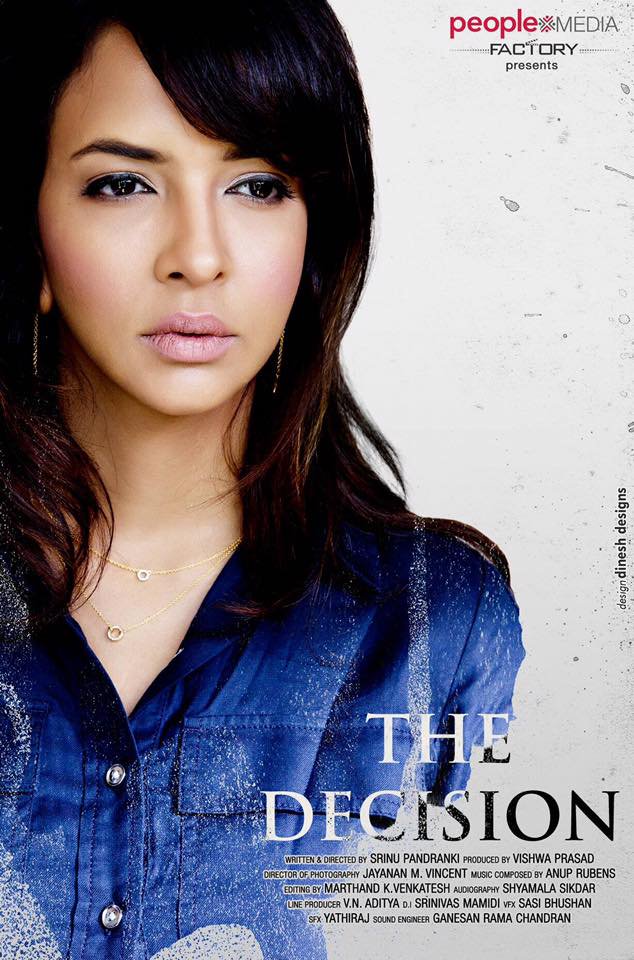 ‘The Decision’ a Lakshmi Manchu starrer short film, written and directed by Srinu Pandranki has released its Teaser today, 8th May 2017.

Set in Washington, It is a 21-minute short film which narrates the story of a young woman who has to make a critical decision.

Srinu Padranki got an inspiration to create this short film after coming across a short story which was published in Andhra Jyothi in October 2014.

The film narrates a story about a woman who has suffered an abortion earlier. While she’s having another experience of pregnancy, she is told that the child is likely to suffer Down-Syndrome. The decision revolves around this very aspect.

Talking about her experience working on this project, actress Lakshmi Manchi said “Doing a short film like The Decision is always very challenging for an artist to enact a role with such difficult sides. As a mother, I really connected with the film because it emotionally touched me deeply and I hope every parent who watches this movie gets something out of this. It was amazing working with the entire team and I think the location brought an extra depth to the film”.

Written and Directed by Srinu Padranki, Produced by Vishwa Prasad and Music by Anup Rubens.