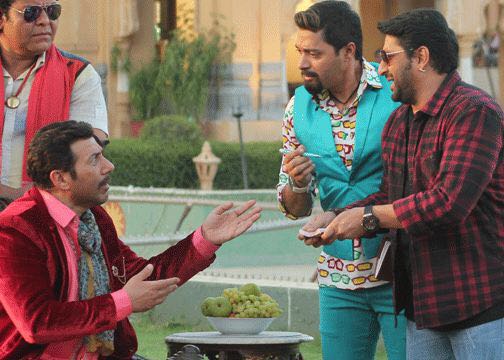 Sunny Deol who was last seen in the comic avatar in Shreyas Talpade’s debut film as a director, Poster Boys is all set to return to the screen with yet another comedy film titled Bhaiaji Superhit.

Check out these stills from the movie: 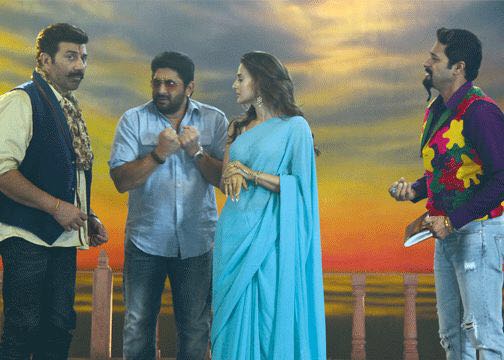 Deol plays a gangster who wants to become a film actor, and Preity plays the role of his wife.

Talking about his character in the film, Sunny says,

“I am looking forward to this film as this is the first time that I am playing a double role. The subject of the film is also quite novel and something that I have never attempted earlier”.

Bhaiaji Superhit is a very funny, hilarious, colorful and larger than life yet emotional film. It showcases the coming together of two vastly different worlds of Bollywood and UP underworld.