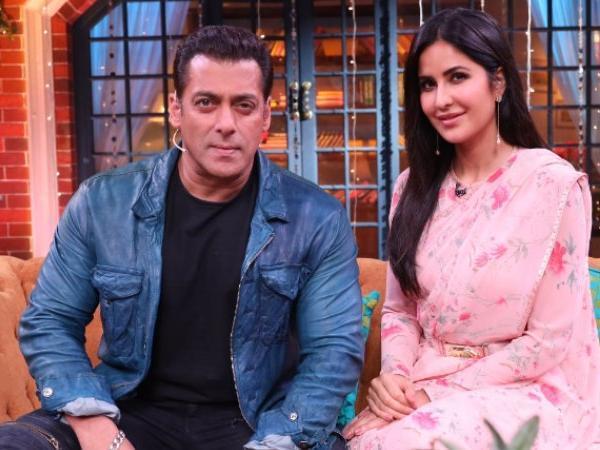 Salman Khan Opens Up About His Childhood Days

Bharat, starring Katrina Kaif and Salman Khan is been eagerly awaited by fans. The two are currently busy promoting the movie.

Salman and Katrina recently promoted their movie on The Kapil Sharma Show, where Salman made a grand entry on a bike and then the two shook a leg together too.

Speaking about their movie, Salman said:

“Bharat needs to make triple the money of Tubelight this Eid.”

Salman revealed about his childhood days:

“Once my father (Salim Khan) was passing by and seeing me out on the corridor asked exasperatedly what mischief I had got into. I confessed that even I didn’t know the reason this time.”

He added, that his father later learnt that the reason was that Salman‘s school fees weren’t paid on time.

“The very next day my father paid the fees and the teacher apologised.”

Salman on being asked about his equation with kids said:

“All my nephews, nieces and grandsons have at different times peed on me.”

Bharat directed by Ali Abbas Zafar is all set to hit theatres on 5th of June.