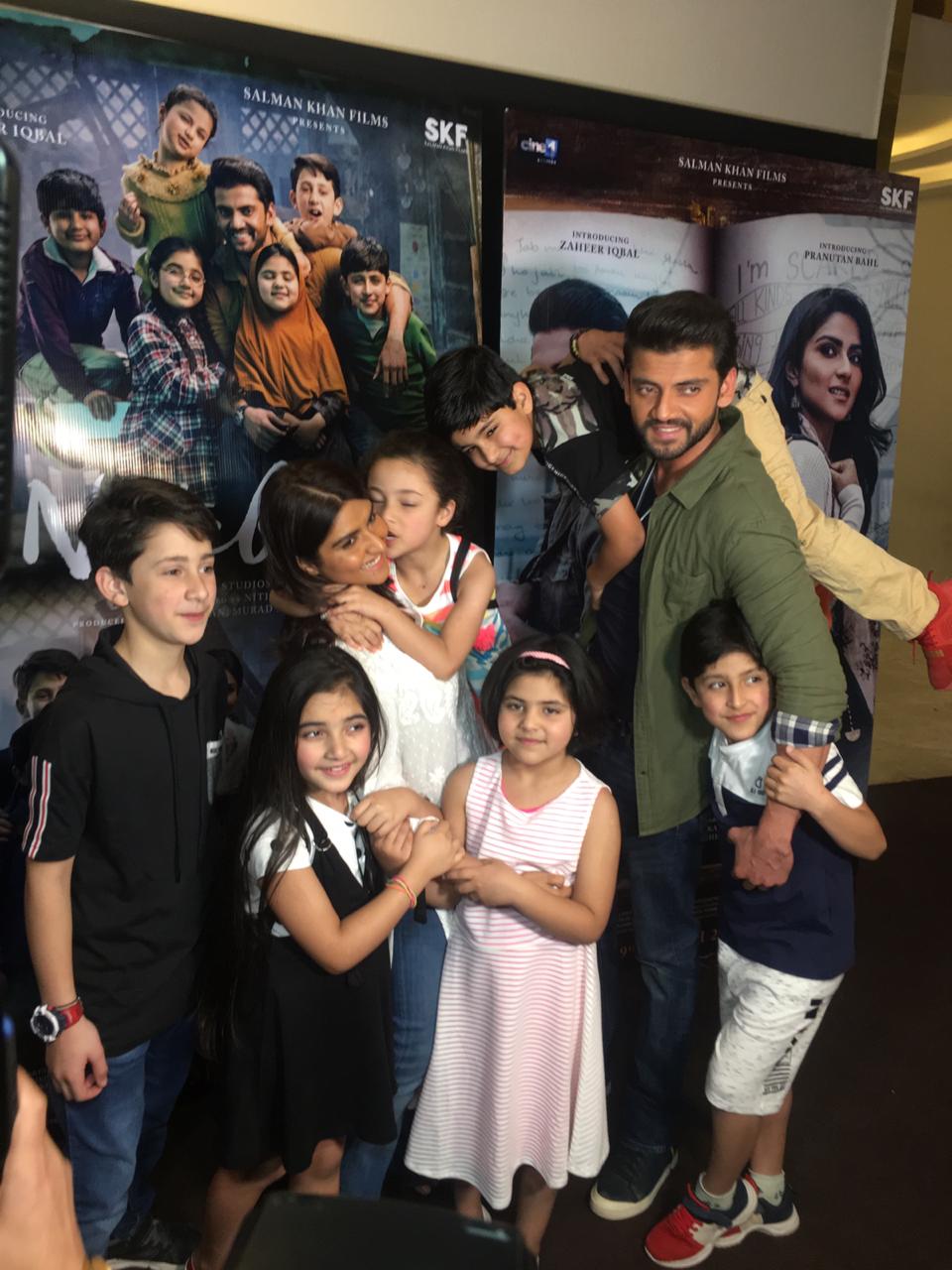 Pranutan Bahl is the new kid on the block. She’ll be seen making her debut with Notebook, which is being presented by Salman Khan films.

When asked if Salman Khan saw the trailer and what he thought of it, Pranutan said,

As you might be aware, Pranutan is actor Mohnish Bahl’s daughter. She was asked about nepotism and if it helped her in any way. She said,

“I can’t speak for anyone else’s journey. I auditioned for around two years without revealing my surname. I’m sure if I would’ve used my name or said that I’m this person’s daughter, I would have got an opportunity. Ultimately it depends on how good you are on screen. There are a lot of examples of actors from non-film backgrounds who are doing wonders and are beautiful actors. So I can’t speak for anyone else. I’ve given a lot of auditions and am happy with my journey.”

The trailer of Notebook will be out tomorrow.

It also stars debutant Zaheer Iqbal. Directed by Nitin Kakkar and produced by Salma Khan, Murad Khetani, Ashwin Varde and is slated to release on March 29.