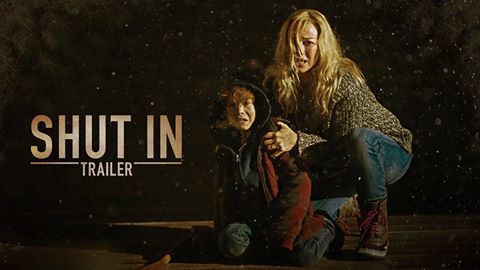 PVR Pictures is all set to release the edge of the seat thriller starring Watts and Tremblay in India on November 18th.

Known for her super hit horror franchise The Ring, Watts is closer home with yet another horror thriller outing, Shut In. Joining her is the academy award nominee, boy wonder Jacob Tremblay known for his outstanding performance in The Room with Bree Larson.

Directed by Farren Blackburn, known for directing famous television series like Doctor Who, Daredevil and more, Shut In is a  heart-pounding thriller about a widowed child psychologist who lives in an isolated existence in rural New England. Caught in a deadly winter storm, she must find a way to rescue a young boy before he disappears forever.

Synopsis:
Following a recent accident that took the life of her husband and left her son paralyzed, a female psychologist (Naomi Watts) finds herself isolated in her own home caring for her child. Cut off from the outside world during a deadly storm, she starts to believe someone is inside her house trying to harm them

More Latest News
La La Land’s trailer all sorts of magic and love!
Emma Watson gave us a peek into the magical story, Beauty & The Beast
To Top