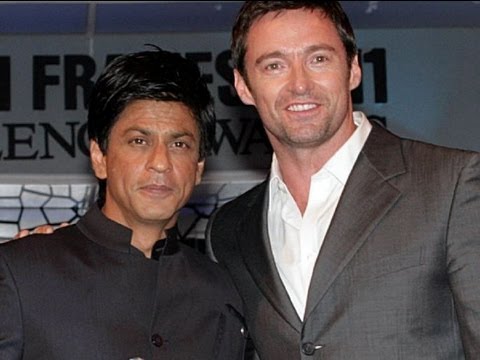 X Men has been a loved franchise for almost two decades now. So many of us grew up loving Hugh Jackman as the one and only Wolverine. Everyone has been talking about Hugh Jackman after the trailer of Logan was release. However, the fans of the X-Men franchise were left a tad bit disappointed when Hugh announced that this would be the last time his fans would see him play Wolverine.

During a recent interview with a noted Indian journalist, Hugh was asked who could play Wolverine apart from him, and here’s what he said –

“I think I’ll be fine with it! I hope other people play it. Maybe Shah Rukh Khan could play it, you know.”

Oh My, My! We completely agree with! Imagine ladies, SRK with that body and those claws. (A visual to remember!)