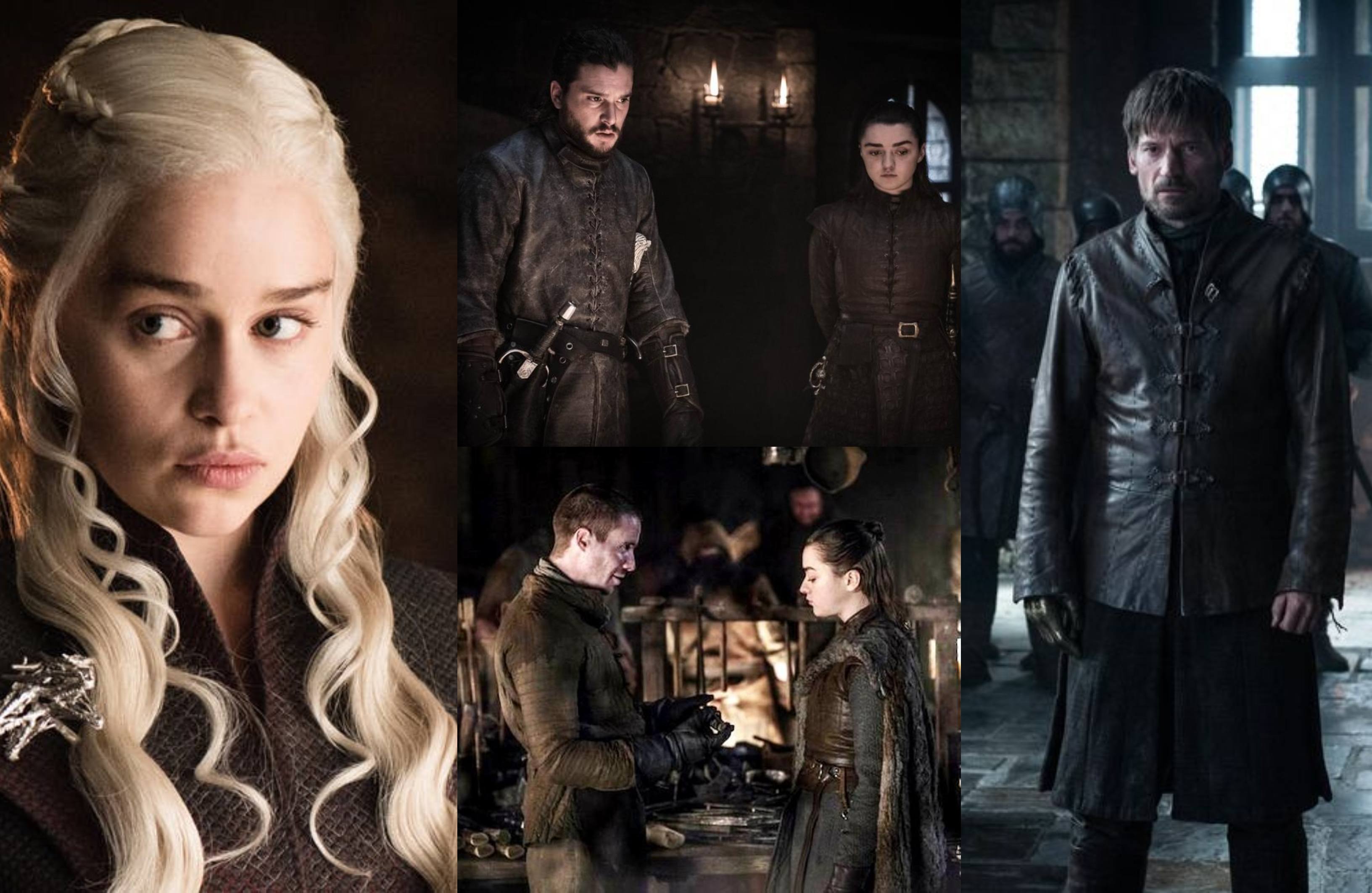 The second episode of Game Of Thrones Season 8 aired this morning and we watched it as soon as it was available. SPOILER ALERT if you haven’t seen it yet.

Titled A Knight Of The Seven Kingdoms, the episode is a few minutes short of an hours and is full of sweet, unexpected as well as moments that are paving the way for future events. So if you haven’t watched it yet – please turn away NOW.

DISCLAIMER: If you haven’t watched the episode yet, final warning – TURN AWAY

The King slayer arrived at Winterfell in the first episode and is now facing the children of the people (The Mad King and Ned Stark). Jamie – who has a pretty tarnished image in the North is bought before Jon Snow, Daenerys Targaryen, Sansa Stark and many more Northern Lords and Lady.

What part he will play in the Battle of Winterfell is of grave importance. After all he is not who he was during the pilot episode.

Another interesting thing in this scene is how Brienne of Tarth vouches for him.

We have been shipping them since the very beginning. After reuniting this season we have seen the two flirting to no end with each other.

The two spend some great moments talking about weapons and life before taking their relationship a notch –scratch that – notches higher.

Jon reveals his identity to Daenerys

In the last episode, Jon got to know that he is the legitimate son of Rhaegar Targaryen and Lyanna Stark. This episode he breaks the big news to his lover/aunt. Though she initially hasn’t taken it well, we wonder how she will react to it once the war with the dead is over. After all, Jon has much more of a claim to the throne than her.

These cousins never met as when the elder one was banished the young lass was a tot. Almost all GoT fans were waiting for this meeting to take place. And Lyanna is a badass babe who will not take sh*t from anyone.

No lady in Westeros has ever been knighted. Lady Brienne of Tarth, a warrior swore to protect the Stark sisters, has become the first to break this tradition. Jamie Lannister aka the knight who slayed the mad king anoints her with the title of ‘Ser’ moments before the battle is to unfold.

Some other highlights of the episode include

Arya Stark and The Hound bound

Sansa Stark and Daenerys have a chat

While we are all waiting for the next episode, here’s the teaser to episode 3