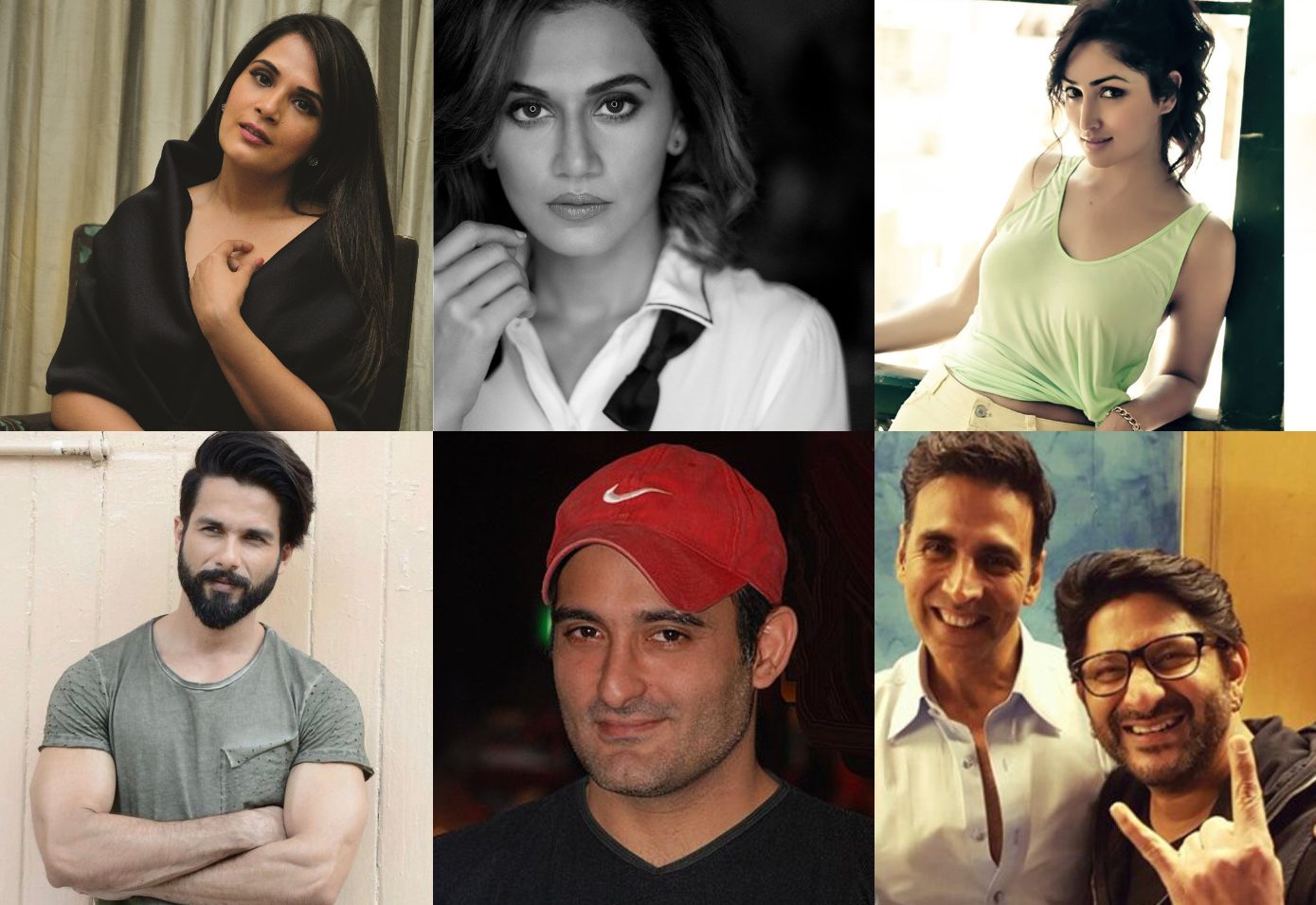 Courtroom dramas are not a news in Bollywood. May it be Sunny Deol’s old school Damini or Amitabh Bachchan and Taapsee Pannu’s awareness inducing PINK or Arshad Warsi and Akshay Kumar putting their words in front of the Judge in Jolly LLB and Jolly LLB 2. Bringing law into cinema isn’t a new concept, but with cinema reaching out to more audiences worldwide everywhere, directors, writers and actors are evenly responsible to respect the framework of law and to inform and educate the audience while keeping it entertaining. This year we will be seeing a couple of Bollywood celebrities who are portraying as lawyers on screen.

This Bholi Punjaban will be playing a public prosecutor in the upcoming film Section 375: Marzi ya Jabardasti. The film is about the misuse of rape laws in India, using an ambiguous case as the background. It will be directed by Manish Gupta, produced by Kumar Mangat Pathak. Tentative release is said to be the end of 2018.

Tapsee who was seen in her Courtroom drama, Pink, definitely stole our hearts with her performance. Now, Taapsee is all in for Mulq, an upcoming film with a magnificent ensemble. It also stars Rishi Kapoor, Ashutosh Rana and Neena Gupta. Taapsee will be seen playing a lawyer and Rishi Kapoor’s daughter-in-law in this film. This Anubhav Sinha film will be released mid-2018.

The Kaabil girl will be seen playing a crucial role in Batti Gul Meter Chaalu. She will be acting as a lawyer alongside Shahid Kapoor. The film revolves around the discrepancies in electric billing in rural towns and small cities. This Shree Narayan Singh’s film will be releasing later this year.

Shahid Kapoor will be starring in Shree Narayan Singh’s ‘Batti Gul Meter Chaalu’ releasing later this year. He was spotted shooting along the lanes of Tehri and will be working alongside Yami Gautam who plays a lawyer and Shraddha Kapoor who plays his love interest.

Ram Jethmalani is one of India’s most prominent lawyers and it will be very interesting to see the Golmaal Again actor play him in the lawyer’s biopic. The actor will be co-producing the film with his wife and Ronnie Screwala. It is their first production and the film is already in its scripting stage.

Akshaye Khanna who recently celebrated his 42nd birthday is known in the whole of a Bollywood for his oddball choices of characters. Last seen in MOM with the late Sridevi and Ittefaaq, Akshaye Khanna has taken on some very interesting roles in 2017. But 2018 looks, even more, promising where he will play a lawyer alongside Richa Chadha, in Section 375: Marzi ya Jabardasti. While Richa Chadha plays the public prosecutor, Akshaye Khanna will take on the role of a high-flying defence lawyer.

How can we ever forget the Jolly’s portrayed by Arshad and Akshay? And now both of them are coming together to create Jolly LLB 3, which is why we had to add them to the list. We cannot wait for Subhash Kapoor to create the clash of the Jolly’s.

More Latest News
Kriti Kharbanda To Donate Her Clothes
Sonam Kapoor: I Don’t Think The Length Of The Role Really Matters.
To Top