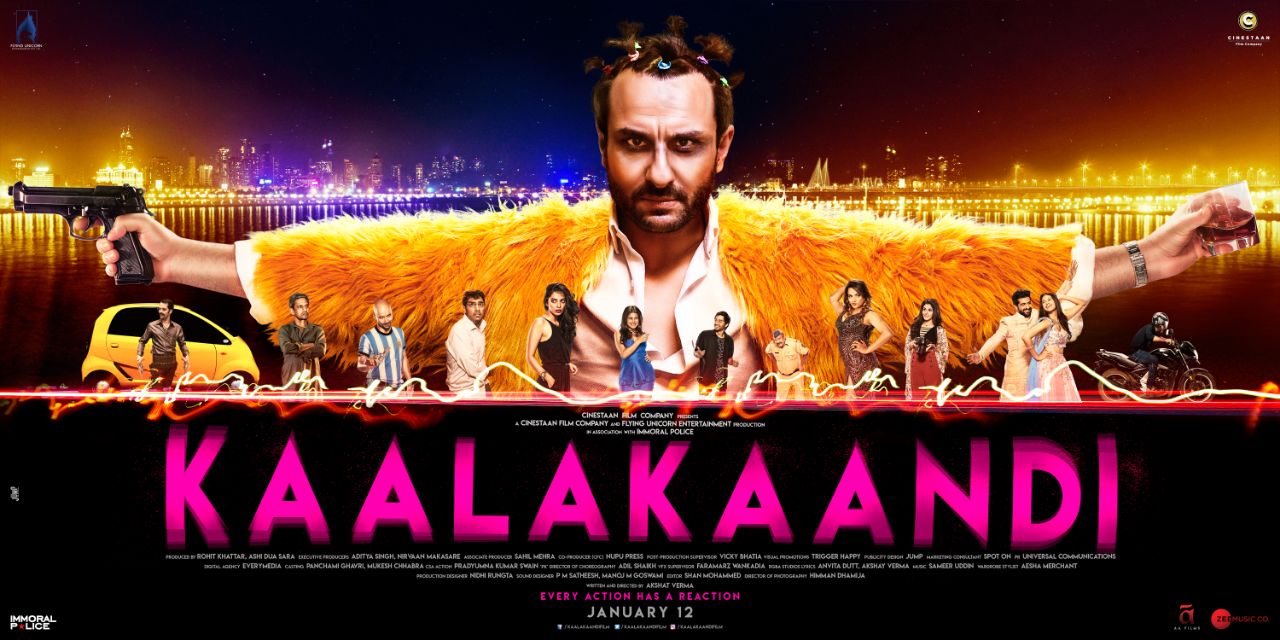 Saif Ali Khan’s Kaalakaandi marks the directorial debut of Delhi Belly writer Akshat Verma and it is one hell of a laugh riot!

In just a day of its release, the film has already garnered a positive response with praises coming in from the audience, critics, and several industry stalwarts.

Here are 5 reasons why Kaalakaandi is a must watch:

Saif Ali Khan outshines in this whacky rollercoaster of a film with his eccentric, uninhibited and fearless performance. The actor has gone all out in Kaalakaandi and you can’t help but laugh at his characteristics and dialogues. His braided hair look definitely steals the show! 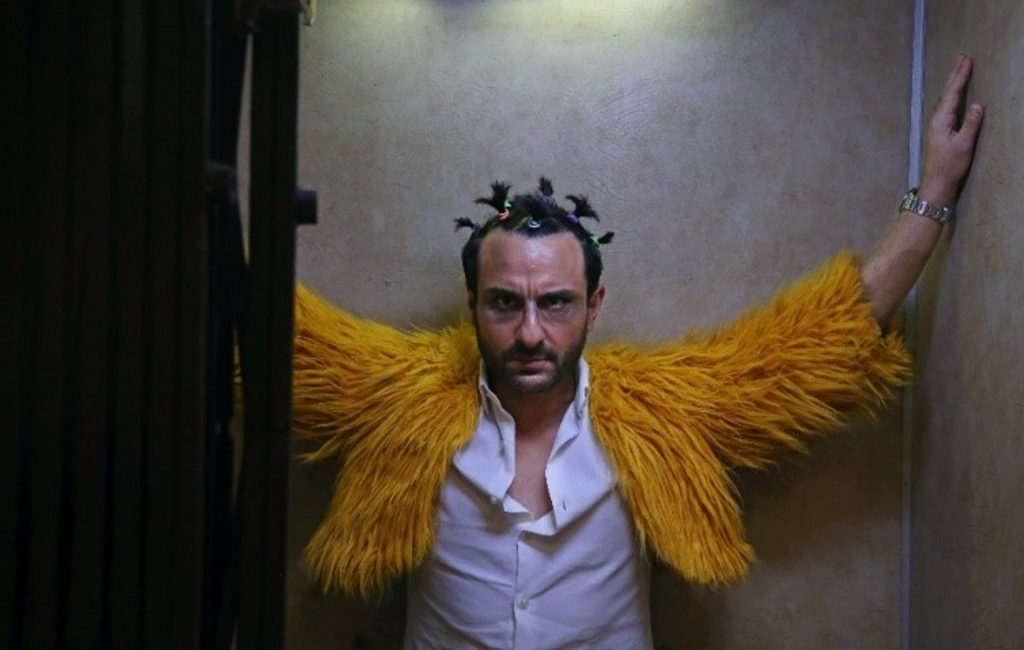 Two of the most offbeat yet finest actors in Bollywood, when you put Vijay Raaz and Deepak Dobriyal in one frame, you can’t help but laugh your gut out! The two have created magic on screen. 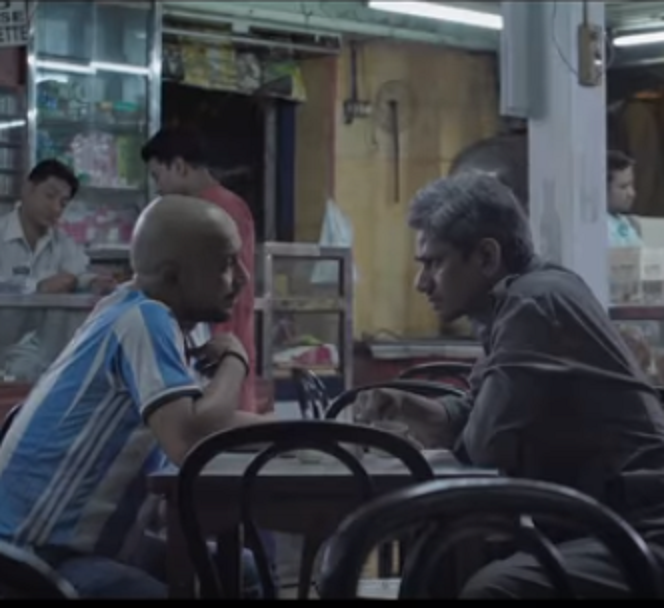 Kunaal and Sobhita look fabulous together on-screen and the twists and turns in their story get you more and more intrigued! With dialogues like “Poore desh ko Kamasutra sikha doongi” you know you’ve got to watch out for their chemistry!

Akshat Verma has written an absolutely bizarre yet hilarious script and has beautifully weaved three different stories into the film. As a debutant, his direction is commendable and is evident with the actors’ performances. 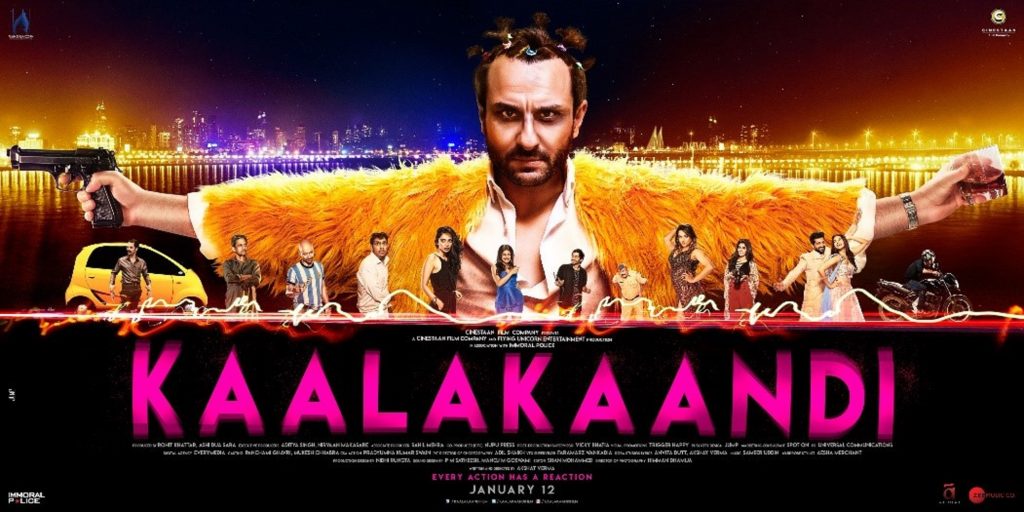 Be it Swagpur Ka Chaudhary, Kaala Doreya or the title track, Kaalakaandi’s music album is diverse and versatile. With composers like Sameer Uddin and Shashwat Sachdev, you can’t help but get hooked on to the songs from the film! 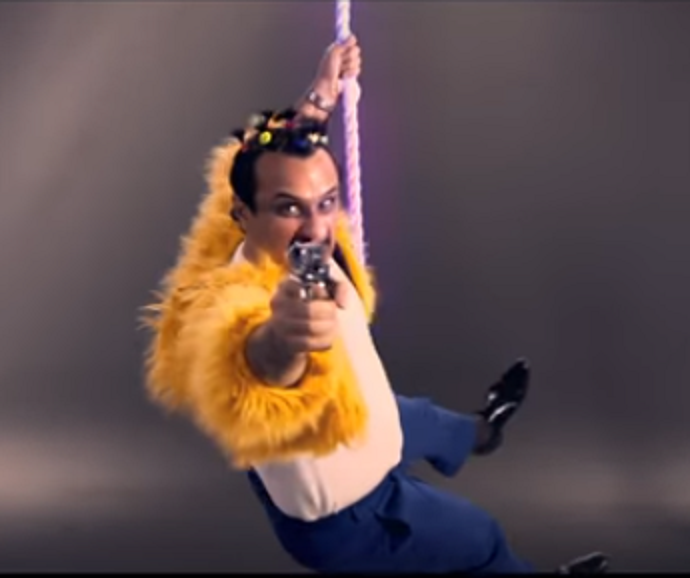 A film like this will definitely leave its mark and we’re sure this crazy ride will be etched in the hearts of the audience forever!